Do You Need A Time Is Of The Essence Clause In Your Business Contracts? 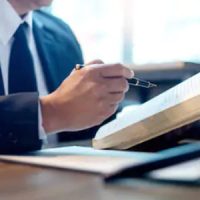 You hear it all the time in contracts: Time is of the Essence. But what does that actually mean, and is it really necessary to include in your business contracts?

Why Are They Necessary?

In many cases, courts can look at a party who has performed the terms of a contract a bit late and say that the party has substantially complied. A court doesn’t want to hold someone in breach of a contract when the party has fulfilled all of his obligations but has done so a bit late. Courts often see slightly delayed performance as a nonmaterial (not very significant) breach and not enough to penalize someone who has otherwise complied with the contract.

That’s why a “Time is of the Essence” (TOTE) clause is important. It tells the court that when the parties contracted, the agreement between them was that the time to complete the contract was of importance. Completion on time goes from potentially non-material to a potential material breach of the agreement.

This is true, even if the contract has a deadline, or completion date. The TOTE clause tells the court that the agreed upon deadline doesn’t just constitute an inconvenience if broken—it is a material part of the other party’s obligations under the contract.

Although the clauses do make performance as quickly as possible vital, as a general rule, courts are hesitant to enforce TOTE clauses merely for payment deadlines. However, in other cases that don’t just relate to how quickly someone gets paid, TOTE clauses will be strictly enforced.

When to Use Time is of the Essence

These clauses should be used when any delay will cause you undue hardship, cost or expense.

Take the typical real estate contract, which has a definitive closing date. If the closing date is missed, everything could go into a tailspin, and the deal could fall apart.

Construction contracts commonly have TOTE clauses, as completion of the project must be done by a certain date.

Imagine you are a business launching a product on a given date and you contract for the company’s website to be updated—that website project has to be completed before the launch date.

Contracts with a TOTE clause should spell out what happens if the time deadlines are not met. Is the entire contract voided or is there another remedy available to make up for the fact that the stated time deadlines weren’t met?