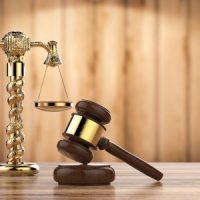 On May 26th, 2022, the Department of Justice (DOJ) officially obtained a guilty plea from a fourth person in a so-called “grandparent scam.” The defendant, Joaquin Lopez, 46 of Broward County, is one of several people in this case who has ties to Florida. Mr. Lopez was allegedly part of a criminal racketeering scheme through which elderly people were defrauded by being made to believe that their grandchildren were in serious trouble. Here, our Miami RICO claims lawyer provides a more detailed explanation of the charges and explains your civil legal options if you or your loved one suffered losses due to racketeering.

The DOJ initially filed charges in this ‘grandparent scam’ case back in 2021. At that time, a federal grand jury in Southern California indicted multiple individuals in relation to the fraud scheme. The DOJ alleges that all of the defendants—including Joaquin Lopez of Florida—were part of a nationwide enterprise engaged in a conspiracy to defraud vulnerable elderly Americans. Here is how the DOJ alleges that the scam worked:

The illegal conduct in question amounts to racketeering activity under the federal RICO Act.  The DOJ is seeking all appropriate criminal and civil remedies in this case. Mr. Lopez has now pleaded guilty and will face sentencing later this summer. Based on the charge, he faces a maximum potential sentence of 20 years in prison.

The Racketeer Influenced and Corrupt Organizations (RICO) Act is a criminal statute. Beyond the federal RICO law, many states, including Florida, have their own RICO statutes. Notably, RICO also contains civil provisions. A private party that suffered financial losses due to racketeering activity has the right to file a lawsuit directly against the defendant(s). You can file a civil RICO lawsuit regardless of whether or not there is also a criminal RICO case. If you have specific questions about bringing a civil RICO claim, our legal team can help.

Schedule a Consultation With a Florida Civil RICO Lawyer

At Pike & Lustig, LLP, our Florida civil RICO attorney is an experienced, effective advocate for clients. If you or your family member suffered losses due to racketeering, we can help you seek justice and compensation through a civil RICO claim. Call us now for a fully private consultation. With offices in West Palm Beach, Wellington, and Miami, we handle civil RICO litigation throughout Southeastern Florida, including in Palm Beach, Broward, Martin, and Miami-Dade counties.