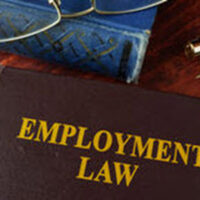 According to a News Release from the United States Department of Labor (DOL), a Florida-based air conditioning repair company has agreed to pay $57,018 in back wages in order to resolve its alleged violations of the Fair Labor Standards Act (FLSA). Among other things, this includes failure to pay overtime wages and breaches of record keeping requirements. The settlement of the employment law claim covers 35 employees.

Simpson Mechanical Inc. is an HVAC contractor serving residential and commercial clients in Tampa, FL and the surrounding communities. After receiving a complaint, the Wage and Hour Division of the DOL launched an investigation of the record keeping practices of this employer. Following its review, the agency determined that Simpson Mechanical failed to properly record the time that some of its employees spent loading and unloading trucks and travelling between job sites. This time, which was not included as part of hours worked, should have been compensated.

As a consequence of the undocumented time, the company paid some of its workers less than they actually earned over relevant pay periods. Additionally, the FLSA noted that some employees were paid flat salaries—even though they put in more than 40 hours in a given week when considering the full hours that they worked on behalf of the company. Under the FLSA, many employees, including some of the workers who did not have their time spent loading and unloading trucks recorded, are entitled to overtime compensation (1.5x) for all hours worked beyond 40 hours.

Employers must comprehensively record all of the hours worked by overtime eligible employees. For obvious reasons, these workers cannot be properly compensated for their overtime labor if their company/organization has not accurately recorded their hours.

To be clear, employers that are covered by the FLSA do not necessarily need to record the hours of all workers. If a worker is legally exempt from overtime regulations, they do not need to clock in, clock out, or otherwise record their hours.

That being said, the time worked by non-exempt employees must be recorded. If you are a South Florida worker and you believe that your employer is not properly recording your hours, you should consult with an experienced wage and hour attorney. You may have been improperly denied overtime pay.

At Pike & Lustig, LLP, our Miami employment law attorneys are skilled, attentive advocates for our clients. If you have questions about unpaid overtime, we are here to get you answers. To schedule a completely confidential, no obligation consultation with an experienced employment law attorney, please contact us today. We handle unpaid overtime claims throughout South Florida, including in Miami, West Palm Beach, Fort Lauderdale, Delray Beach, Aventura, Miami Beach, and Jupiter.

By Michael Pike and Daniel Lustig | Posted on February 7, 2020