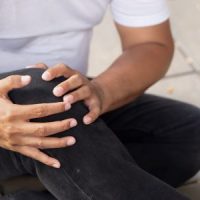 If you are in an accident where you fall on someone’s property, it may seem like it is an easy case. They allowed something dangerous to be on the floor, whether that is an item or some substance, you fell on it, and that must mean that your case must be relatively easy.

There are a number of defenses to a slip and fall case. But often, victims make things even easier for the defendant because they make mistakes that will later on make their recovery or ability to receive compensation that much more difficult.

Nobody expects you to be a personal injury attorney or even to be in any condition to think logically at the scene of a fall—after all, you may be in great pain, and understandably a bit traumatized. But there are some things that you should do, or avoid doing, at the time of your fall.

Leaving Without Reporting the Accident

Many people fall on something, and, whether in pain or not, they proceed to get up and leave the store without telling anybody inside the store. This is a serious mistake.

Because you didn’t tell anyone that you fell when it happened, nobody in the store knows to document the scene—that is, to take pictures of any items or substances or to preserve videos that may exist of your fall.

Additionally, later, when and if you do decide to report the fall, the property owner now has no idea what you fell on, the dangerous condition having likely been cleaned up. They also may doubt your truthfulness, thinking that anybody who really fell and got injured would have reported the accident at the scene.

Throwing Away or Washing Clothes

After a fall, your clothes may be dirty or soiled, whether by whatever you fell on or even by your own blood. The inclination may be to throw those clothes out. But don’t do that. Your clothes, including your shoes, are evidence that the defendant is allowed to look at. By throwing away or even washing those clothes, you could be accused of destroying evidence.

Assuming you reported your fall, don’t be surprised if the property owner or its insurance company contacts you to try to resolve the case. They may offer to pay your medical bills, or even to let you go see a doctor on their dime. On the surface, this seems generous.

But in reality, this is an attempt to get you to settle your case quickly and for less than what your case is worth. Many people find that the property owner fools them into signing a release of all claims, limiting the victims’ ability to later sue for additional damages. The defendant may pay a few of your medical bills, but when your pain gets worse, you need an additional medical procedure or you have more lost wages than you thought you had, the property owner or the insurance company will tell you it’s too late—you released those claims.

Avoid mistakes, and get the legal help you need after an accident. Call the West Palm Beach personal injury attorneys at Pike & Lustig today.