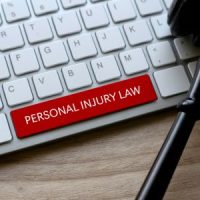 Damages and compensation for your injuries: Understandably, to the victim, compensation is money, and it doesn’t matter how that money may be classified. But when talking about your case, you may hear your personal injury attorney talk about economic and non-economic damages. What are the differences between these two items—and why is one of them so very controversial?

Economic damages are any type of loss that can be counted or measured. Anything that has a bill or a price tag, or which can be valued by doing math, is an economic damage.

Economic damages commonly include medical bills and expenses, and lost wages. They can include additional items—for example, if you were unable to go on a pre-paid vacation because of your injuries, or if you had to pay for modifications to your home or car to accommodate your injury and disability, these would also be economic damages.

Economic damages also can include loss of money in the future. For example, someone whose injury is so severe that he or she may not be able to work in his chosen career, may have a significant future lost wage claim. Similarly, someone whose doctors say that he will need a series of future surgeries, will have future medical expenses.

Whether current or projected out into the future, these are all items that can be added, multiplied, and calculated, which is why they are considered economic damages.

Non-economic damages are those that are not able to be easily calculated. For example, you can certainly be compensated for pain and suffering. But how is that valued? How do you calculate damages for anxiety, loss of the quality of or enjoyment of life, depression or loss of the ability to play with a child because of your injuries?

Many juries will give significant verdicts for non economic damages—cynics may call them “runaway verdicts,” but in truth, they are just a jury’s honest calculation of something that cannot easily be calculated.

Many non-economic damages are lifelong; unlike lost money, which is already gone, the pain, sadness or anxiety, or the loss of the ability to carry out familial relations with a spouse or a child, all can have much more long lasting and detrimental effects on a victim.

We can help you determine what kind of compensation you may be entitled to after an accident. Call the West Palm Beach injury law attorneys at Pike & Lustig today.

By Michael Pike and Daniel Lustig | Posted on September 6, 2022