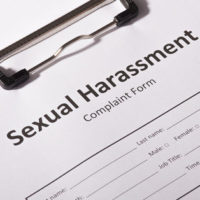 On September 27th, 2018, the Equal Employment Opportunity Commission (EEOC) announced that the agency has filed a sexual discrimination lawsuit against Christini’s Ristorante Italiano, a restaurant based in the heart of Orlando, Florida.

The EEOC alleges that the restaurant unlawfully discriminated against a female bartender on the basis of her sex by permitting and encouraging sexual harassment and by retaliating against her when she raised her complaints to management. In this article, our top-rated West Palm Beach employment law attorneys provide an overview of the specific allegations raised by the EEOC.

The female bartender who is the plaintiff in this case began working at the restaurant in 2015. She was employed through the early part of 2017. During her time at Christini’s Ristorante Italian, the EEOC contends that she was subject to repeated sexual harassment from patrons, co-workers, and managers. The EEOC also argues that the restaurant’s owner both permitted and encouraged a workplace environment where sexual harassment became the norm. Among other things, the EEOC’s sex discrimination lawsuit contends that:

The conduct alleged in this case, if proven to be true, amounts to a clear violation of federal labor regulations. More specifically, sexual harassment of this nature is prohibited by Title VII of the Civil Rights Act of 1964. Under Title VII, sexual harassment qualifies as an impermissible form of sex-based discrimination.

Employees have a right to a workplace that is free from unlawful, unwanted sexual harassment. Not only do employers have to refrain from harassing workers, but they must also take proactive measures to foster a harassment-free work environment. Any and all claims of sexual harassment should always be handled seriously by managers and employers. Further, companies are responsible for the overall conditions for employees, including the conduct of the patrons. An employer can potentially be held liable for sexual harassment on the part of customers if the plaintiff can prove that the employer allowed, permitted, or encouraged such conduct.

In its lawsuit, which was filed in the United States District Court for the Middle District of Florida, the EEOC is seeking all forms of relief that the court deems appropriate in this case. Among other things, this includes;

Get Help From a South Florida Employment Lawyer Today

At Pike & Lustig, LLP, our Florida employment attorneys have the skills and experience required to handle all sides of sexual harassment and workplace retaliation cases. For immediate legal assistance, please call us today at 561-291-8298 (West Palm Beach) or 305-985-5281 (Miami).