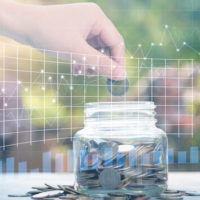 On November 8th, 2016, the United States Court of Appeals for the Eleventh Circuit issued an opinion in the case of JSI Chang v. JP Morgan Chase Bank. This decision has important implications for banks in Florida. More specifically, it helps to clarify when banks might be held liable in certain fraud cases.

What Happened in the Case?

This case stemmed from an initial controversy involving one of the bank’s customer and an investor named Mark Chang. The investor alleges that more than $750,000 was stolen from him by the customer of the bank. Further, according to court records, the fraud scheme in question involved the use of escrow accounts that were managed by the JP Morgan Chase branch. Mr. Chang decided to file a lawsuit against the bank because he believed that the bank aided in the fraud that was perpetrated against him.

Banks are generally not liable for damages that are done to non-customers. Banks only owe a fiduciary duty to those people and organizations to which the bank has a direct relationship. The presence of a fiduciary duty means that there is a legal obligation to look out for the best financial interests of the other party. However, banks generally do not owe such a duty to non-customers.

However, There are Limited Exceptions

As the Eleventh Circuit court pointed out in this case, there are certain circumstances in which banks might have a fiduciary relationship with a non customer. Specifically, this occurs when one of the bank’s customers owes a fiduciary duty to a non-customer of the bank. If the bank knows about the fiduciary relationship and the bank has reason to suspect that its customer is engaging in some type of fraud, then the fiduciary obligations can extend to the bank itself.

The Presence of A Fiduciary Duty is Extremely Important

A bank can be held legally responsible for the fraud of one of its customers if the following three elements are present:

However, in cases in which a fiduciary duty is established, ‘inactions’ by the bank can qualify as having helped to advance fraud. In other words, the third element of the standard can be satisfied even if the bank did not actively participate or aid the fraud. In the case of Chang v. JP Morgan, the Eleventh Circuit court found that all of these elements were met. The court extends the fiduciary duty that was owed by the customer of the bank to the bank itself. As such, the bank was held liable for Mr. Chang’s losses.

At Pike & Lustig, LLP, our West Palm Beach banking litigation attorneys always stay up to date with the latest court decisions and changes to Florida law. If you or your company is involved in a legal dispute, please to do not hesitate to get in touch with us today to set up a free initial legal consultation. We represent individuals and businesses throughout Southeastern Florida, including in Dade County and Broward County.