Employees Must be Aware of the Equal Pay Act 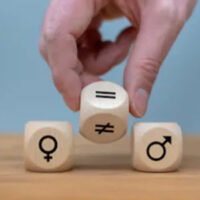 With the death of Supreme Court Justice Ruth Bader Ginsburg, came a lot of media coverage about the Equal Pay Act (EPA). You should be aware of the EPA, as it can be easy to violate its provisions, and an aggrieved employee does not have a difficult case if there is a pay violation under the Act.

Violations of the EPA

The premise and requirements of the law are relatively straightforward. It is illegal to pay a woman differently than a man, assuming they work in the same position and have the same experience and qualifications. You can pay a man more, if there is a non-gender based reason for doing so.

Sometimes the question is asked whether pay history can be used as a non-gender based factor. In other words, if a woman applies for a job and has a history of making less money, can the employer use that pay history as legal justification to pay the woman less money than a man in the same position?

From the employer’s standpoint, the woman’s pay history has established a “baseline,” and the employer is not discriminating on gender, but simply paying what has been established as the female employee’s “market value.”

But that rationale simply perpetuates gender pay discrepancies, and at least one federal court has said that paying differently on that basis, violates the EPA.

Non-gender criteria can be used to justify pay differences. For example, merit systems, seniority, or other objective criteria can be used. Employers should be cautious to document all positive and negative actions at work, including any job reviews.

How to Prove an EPA Violation

An employee who feels that she has been discriminated against, and who files an EPA claim, does not need to show that the employer intended to discriminate. The employee doesn’t have to show that you are a bad person, or that you have any history of discrimination. All that needs to be shown is the discrepancy in pay, and that the male and female employees were working in the same place, doing the same job or same work.

By “same work,” courts don’t look at job titles, but the actual substance of the work being done by the male and female employees. Both jobs must require the same skill, responsibility, or standards, regardless of the actual job title.

In workplaces where two jobs are very similar, but the male employees do slightly more or different work, courts have been divided on whether that constitutes similar work for the purposes of the EPA.

The time limit to file an EPA violation claim restarts every time a female employee is paid unfairly. That means that the statute of limitations does not actually start, until the employee receives her last, allegedly inequitable paycheck.

Questions about an employment law or business law case? Our West Palm Beach business litigation lawyers can help. Call Pike & Lustig, LLP, at 561-291-8298. We try cases in court for businesses, employees, independent contractors, and anyone else who has a business related case.

By Michael Pike and Daniel Lustig | Posted on November 4, 2020