Employer Who Paid Employee In Pennies Is Being Sued 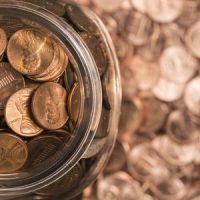 When you’re an employer, you probably know that not paying your employees will land you in trouble. But one employer is finding out that you can also get in trouble for how you pay your employees.

The problem arose when an auto mechanic wasn’t getting paid and was owed about $900 in income from his employer.

The employer finally paid the employee. The problem is that the payment came in the form of pennies (9,100 pennies to be exact, delivered in a wheelbarrow) left on the employees driveway. Making the matter worse (and more spiteful), the pennies left on the driveway were covered in oil.

With the pennies, was a note, with an obscenity written on it.  If that wasn’t enough, according to a lawsuit, the employer posted defamatory things on the employer’s website or social media about the employee.

The pennies came to about 500 pounds. As you can imagine, 500 pounds of oil soaked pennies can be difficult for an employee to cash or deposit in a bank account or do virtually anything with.

In order to do anything with the money. The employee had to spend hours cleaning off the money, transporting it to a bank, and finding a bank to actually accept all the pennies. This was all work that the employee was, of course, not paid any extra for.

The U.S. Department of Labor has now gotten word of the tactic and is now filing legal action against the employer.

But pennies are still legal tender aren’t they (albeit not oil soaked pennies)?

Although there was a dispute about what was owed, the claim that the worker brought to the Department of Labor was brought under the Fair Labor Standards Act (FLSA). The Department of Labor has sued not just for the retaliation, but for the failure to pay wages earned under the FLSA, claiming that the employee worked more than 40 hours a week, but was only paid a flat weekly rate, meaning the employee was deprived of overtime pay that he should have been paid.

In some cases, an employer that doesn’t pay an employee what he or she is owed, can be liable for double the unpaid wages, especially if the nonpayment was willful.

The employee and the Department of Labor also claim in the suit that the employer was not keeping proper records of time worked, as is required by the FLSA as well.

Call the West Palm Beach employment law attorneys at Pike & Lustig today to help stay in compliance with employment laws, and to help you work with your employees in any dispute that may arise.