Errors In Closing Arguments Can Be Very Costly 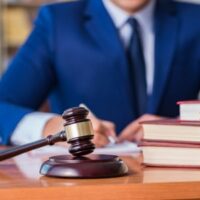 In the closing arguments of a trial, especially a business law trial, lawyers have to balance two interests. On the one hand, a lawyer needs to be passionate, and speak in language that the average juror understands. The lawyer should use metaphors, and allegories that assist the juror in making interpretations of the evidence that best fit the lawyer’s case.

On the other hand, too much emotion can lead to trouble. Closing arguments cannot just appeal to emotion, or ask a jury to make a ruling simply based on emotion or feeling. Statements in closings must be supported by the evidence suggested, and not go outside the evidence that the jury has just heard in the trial.

What Arguments Break the Rules?

Lawyers cannot state their personal beliefs during closing. An attorney can certainly state what he or she believes the evidence means, but to simply state a personal opinion, outside of evidence is not permitted.

Appealing to personal beliefs, or the good of the community, or “bigger picture” things like “sending a message,” also violate the rules of closing arguments. Lawyers also should avoid ever asking jurors to put themselves in the place of one party or another, as this is simply an appeal to a juror’s emotion (even though practically, that’s exactly what many jurors do).

Inflammatory remarks, or personal attacks on the other side (or its lawyers) can also violate the rules that govern closing arguments. Lawyers should avoid saying that a certain witness is or is not credible, unless there is evidence to support that statement.

Lawyers cannot comment on a party’s wealth, such as saying they can afford to pay a given verdict, or that a party is too poor to pay whatever a jury would award.

Recently, attorneys that were trying an injury case against a large tobacco company had a multimillion dollar verdict reversed, all based on improper closing arguments.

Penalties for making these mistakes during closing arguments can be costly. Here, the jury award of a whopping $37 million was overturned.

Not every improper closing argument results in a verdict overturned. Sometimes, the other party can object, and while that doesn’t overturn a verdict, it can look very bad and embarrassing for a lawyer’s closing argument to be “corrected” by the judge when a mistake is made.

Does your commercial litigation case need to go to trial? We can help. Call the West Palm Beach business litigation lawyers at Pike & Lustig for help with any of your business law problems.

By Michael Pike and Daniel Lustig | Posted on August 4, 2021