FACTA: Don’t Get Sued For What’s On Your Receipts 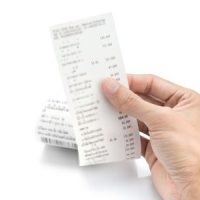 When you conduct a transaction with a customer or client, you probably give them a receipt, as you should. But can the simple act of giving a receipt get you into business trouble? Potentially, it can, under what is known as FACTS, or the Fair and Accurate Transactions Act.

FACTA has a number of parts and requirements to it, but the part that many businesses aren’t aware of, and which get a lot of businesses into trouble, is the amendment to FACTA that relates to receipts given for credit card transactions.

The law says that you can not print more than the last 5 numbers from a consumer’s credit card or the expiration date of a credit card on any receipt given at the point of the sale or transaction. This amendment was put into effect to safeguard credit card information and avoid identity theft.

There are some exceptions, one being that the law doesn’t apply to hand written receipts, only to receipts that are printed electronically. Additionally, you can print any part of a credit card number on a receipt that you are keeping for your own records (that is, which isn’t exchanged at the point of sale).

Because there is no true “point of sale” with online transactions, it isn’t clear if emailed receipts, or online purchases, are covered under the act. Some courts have said no, because it doesn’t specifically say as much in FACTA, but other courts have said that FACTA does apply, given the congressional intent to safeguard consumer information.

If you’re worried about being sued under FACTA, you’re not alone-large companies like IKEA, RiteAid, Wendy’s and others have all been sued under the act, which allows consumers to sue for damages. Although damages can be minimal, FACTA is ripe for class action lawsuits.

The law allows consumers statutory damages—that is, damages even if they haven’t actually sustained any actual damage from receiving a receipt with too many numbers on it. However, to get those statutory damages, consumers have to prove the violation was “willful.” Although that is a high standard, it is one that many Plaintiffs have been able to show.

Simply being reckless is enough to show “willfulness.” Some courts have even suggested that because the law has been around so long, any violation of it must necessarily be considered so reckless as to be willful.

There are some courts that have limited FACTA to situations where consumers can show they have actually been financially damaged somehow (for example, a victim of identity theft or some other damage because of the exposure of too many credit card numbers). This is a powerful defense against consumers who may be seeking only statutory damages under FACTA.

Call the West Palm Beach commercial litigation attorneys at Pike & Lustig today if you have a question about any business law related matter.