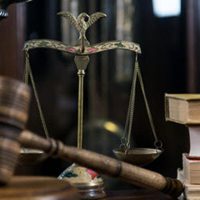 Your business does things the right way. By the book. With honesty. You can’t imagine that your business would ever be hit with a false advertising lawsuit, either by a private citizen or by a government agency.

But more and more, false advertising claims are becoming common, and your business can learn something from studying the misfortunes of other companies.

The new trend is for people to sue for false advertising, picking up on very specific claims made by companies, often in the food service industry, and often related to claims that aren’t fundamental to the product itself, or a basis for why a consumer uses or buys the product.

According to one lawsuit, a tortilla chip maker was sued for false advertising for saying that their chips had a “hint of lime” in them, when in fact, there is no lime—only lime flavoring. Many companies that claim their product has “fudge” in them are being sued, on the basis that the ingredients in fudge, such as milk or butter, aren’t actually in their products.

Many consumers who bring the suits aren’t just nitpicking on the details (according to them), but rather, they claim that companies are charging more for premium products and ingredients, when those products or ingredients aren’t actually in what the consumers are buying. Many allege that they would not have otherwise purchased the product had they known that the premium ingredients weren’t actually in the product itself.

Florida is a hotbed for these lawsuits; along with California, Illinois, and New York, these states make up ¾ of class action lawsuits that are brought alleging false advertising on the basis of food or ingredient claims.

What Do Courts Look At?

Many food manufacturers throw around words like “natural” “organic” or “real,” all words that consumers can pick up on, and if they are not true, can lead to a false advertising lawsuit.

But some courts have ruled in favor of companies. For example, one court said that no reasonable consumer would believe that a product that is made of “Vanilla,” only has raw vanilla beans in it. Claims that are outlandish, like perhaps saying that something is “natural spring water from a mountain,” also may not be a statement that is reasonable.

Either way, these cases are reminders to businesses to watch wording on products and advertisements, and to make sure there is some truth or factual basis for descriptive words that are made in relation to goods or services that are being sold.

Call the West Palm Beach commercial litigation lawyers at Pike & Lustig to help you manage your business safely, and to minimize your risk of legal problems.

By Michael Pike and Daniel Lustig | Posted on September 28, 2021