Fat Brands Will Pay $3 Million To Resolve A Shareholder Lawsuit 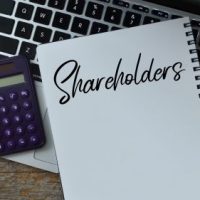 According to a report from Restaurant Business Magazine, Fat Brands—a Beverly Hills, CA restaurant conglomerate that owns major national and regional brands such as Fatburger and Johnny Rockets—will pay $3 million ($2.5 million in cash, $500,000 in stock) to settle a lawsuit from a shareholder. The underlying claim was related to the company’s alleged failure to properly respond to red flags that indicated that its Chief Executive Officer (CEO) was engaged in improper transactions. Here, our Miami shareholder dispute lawyers discuss the settlement.

Andy Wiederhorn is the Chief Executive Officer of Fat Brands. In February of 2022, news broke that Mr. Wiederhorn and his immediate family members are the subject of a federal investigation into allegations of securities fraud, wire fraud, and tax fraud. A core part of the allegations center around the 2020 merger between Fat Brands and a company called Fog Cutter Capital. For his part, Mr. Wiederhorn denies any wrongdoing.

The Investigation of the Fat Brands CEO Hurt the Stock Price

Fat Brands is a publicly traded company. When news broke the firm’s CEO was under investigation for securities fraud, wire fraud, and other matters, the stock price dropped substantially. The day before the public disclosure (February 18th, 2022), the company’s stock price closed at $10.56 per share. The next day of trading—after the disclosure was made on an earnings call with shareholders—the stock price of Fat Brands closed nearly 25 percent lower. It dropped even further in the following weeks and months, though has recovered somewhat since that time.

A shareholder derivative claim was filed against Fat Brands after the drop in its share price following the public disclosure of the investigation into the conduct of its CEO Andy Wiederhorn. The plaintiffs in the lawsuit contend that the company failed to recognize and address a number of different red flags, including certain transactions conducted by Mr. Wiederhorn. The plaintiffs in the shareholder litigation alleged that they suffered damage due to the company’s failures.

The shareholder litigation has now been settled for $3 million—$2.5 million in cash and $500,000 in stock. Notably, Fat Brands did not admit any liability as part of the settlement. In a public statement on the matter, the company’s representatives stated that key motivating factors behind the shareholder settlement were removing distractions and eliminating the expenses/risk of litigation.

By Michael Pike and Daniel Lustig | Posted on September 23, 2022