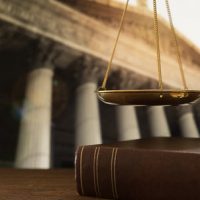 According to a report from Reuters, the Ninth Circuit Court of Appeals is sending a civil RICO lawsuit against the International Longshore and Warehouse Union to arbitration. In a 2 to 1 decision, the majority ruled that the civil RICO lawsuit filed by the Columbia Export Terminal LLC is preempted under the Labor Management Relations Act (LMRA). In this blog post, our Miami RICO claims lawyers highlight three key things to know about the decision by the federal appeals court.

Columbia Export Terminal LLC is a company that operates a grain terminal at a port in Portland, Oregon. The company has a collective bargaining agreement with the International Longshore and Warehouse Union. According to the civil RICO lawsuit filed by Columbia Export Terminal LLC, the large labor union improperly overbilled the employer. The lawsuit contends that the union—and 154 of its individual members—conspired to overbill the company by approximately $5.3 million.

The Portland, OR based company filed a civil RICO claim under federal law. According to the complaint filed in federal court, the alleged illicit conduct in question amounted to a civil RICO violation because the labor union as an entity alleged conspired with dozens its individual members—all of whom are also named as defendants in the complaint—to engage in a pattern of unlawful racketeering activity as part of an enterprise.

In a 2 to 1 decision, a panel of judges on the Ninth Circuit Court of Appeals has issued a decision against Columbia Export Terminal LLC. In its ruling, the appeals court did not weigh in on the specific allegations of overbilling, fraud, or racketeering activity. Instead, the federal appeals court determined that the civil RICO lawsuit filed by the employer is preempted by a law called the Labor Management Relations Act (LMRA).

The federal law is better known simply as the Taft-Hartley Act. In effect, the court found that the allegations in question—civil RICO violations due to overbilling—required an interpretation of the collective bargaining agreement entered into by Columbia Export Terminal LLC and the International Longshore and Warehouse Union. In the view of the Ninth Circuit, the LMRA requires collective bargaining interpretations to be handled under the LMRA, thereby preempting the civil RICO claim filed by the employer. An arbitrator must review the matter before it can go to court.

At Pike & Lustig, LLP, our South Florida RICO claims attorneys have the legal skills and professional experience to represent clients in state and federal civil racketeering claims. If you have questions about your case, we are more than ready to help you find answers. Call us today for a completely private initial consultation. Our firm handles civil RICO claims in Miami, West Palm Beach, Fort Lauderdale, Miami Beach, Jupiter, and throughout South Florida.