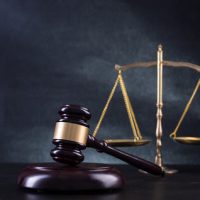 According to reporting from Reuters, the United States Court of Appeals for the Sixth Circuit dismissed a civil racketeering lawsuit that General Motors (GM) filed against Fiat Chrysler Automobiles. The U.K. based, Italian-American auto company is one of GM’s top corporate competitors. GM alleges billions in damages caused by Fiat Chrysler’s supposed misconduct related to collective bargaining. In this article, our West Palm Beach RICO claims attorney provides a more detailed explanation of the decision from the federal appeals court.

General Motors initially filed a civil RICO lawsuit against Fiat Chrysler in the fall of 2019. The Detroit based automaker alleged that Fiat Chrysler unlawfully bribed the United Auto Workers (UAW). The UAW is one of the largest labor unions in the United States.

For reference, GM’s allegations that Fiat Chrysler bribed officials that the UAW are well-supported by many other legal proceedings. In fact, in August of 2021, the United States Attorneys’ Office for the Eastern District of Michigan announced criminal charges against Fiat Chrysler in relation to illegal payments that were made to labor union officials at the UAW.

In total, more than $3.5 million in illegal payments were allegedly made by Fiat Chrysler to officials at the UAW between 2009 and 2016. The company paid a $30 million fine. Beyond that, a collective 16 former employees of Fiat Chrysler and the UAW have pleaded guilty to criminal charges.

While there is no dispute that Fiat Chrysler engaged in illegal corruption related to its dealing with the United Auto Workers, the United States Court of Appeals for the Sixth Circuit nonetheless tossed GM’s civil RICO lawsuit out of court. The federal appeals court determined that GM failed to state a viable civil racketeering claim upon which relief could be granted. The court emphasized that even when GM’s allegations were accepted, its damages were too attenuated to impose RICO liability.

Civil racketeering claims are notoriously complex. There are very specific pleading standards that must be satisfied by a plaintiff in order to bring a successful claim. A significant share of civil RICO lawsuits are dismissed without a full hearing on the merits. A plaintiff must prove that it suffered tangible damages as a result of the defendant’s pattern of racketeering activity as part of an enterprise. Proving misconduct—even unlawful activity—is not sufficient for civil RICO liability.

At Pike & Lustig, LLP, our Florida civil RICO claims lawyer goes above and beyond to provide the highest level of client service. With experience representing both plaintiffs and defendants in complex commercial litigation, we offer well-rounded, reliable guidance and support. Contact us today to set up a confidential appointment with an attorney. From our legal offices in West Palm Beach, Wellington, and Miami, we serve communities throughout all of Southeastern Florida.

By Michael Pike and Daniel Lustig | Posted on September 1, 2022