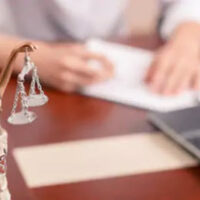 According to a report from the Florida Phoenix, a federal appeals court recently ruled in favor of a Miami employee in an arbitration dispute—thereby upholding a $4 million award in a workplace retaliation claim. The employee had filed a wrongful termination claim on the grounds of retaliatory discharge.

By a 2 to 1 margin, a panel of the United States Court of Appeals for the 11th Circuit reinstated an arbitrator’s decision against Citigroup Global Markets Inc. In this article, our Miami employment lawyers discuss the decision, the standard for unlawful retaliation, and the implications of the Federal Arbitration Act.

The plaintiff in this case is a financial advisor named Christian S. Gherardi. By all accounts, Mr. Gherardi was a high-ranking and high-performing employee at Citigroup Global Markets Inc. During the course of his employment, Citigroup Global alleged that Mr. Gherardi acted in an inappropriate and abusive manner towards his colleagues. His supervisor sent him a written “final warning” related to his alleged workplace misconduct.

To be clear, Mr. Gherardi denied the allegations against him. Further, he responded by “threatening” to invoke an arbitration clause in his contract. Soon after, he was terminated by the brokerage firm. In filing an arbitration claim, the Miami-based financial advisor alleged that he was fired in retaliation for stating his intention to exercise his rights.

Federal law prohibits an employer from taking adverse action against an employee simply because an employee exercised their lawfully protected rights. A right to invoke an arbitration clause in an employment agreement is such a right. The Miami financial advisor brought a retaliation claim to the arbitration panel.

Notably, the federal court did not actually weigh in on the issue of retaliation—at least not directly, Instead, the majority of the panel ruled that the Federal Arbitration Act requires judges to give wide deference to the decisions of arbitrators. The parties in this case agreed to arbitrate their dispute. The pre-dispute arbitration clause was both binding and enforceable.

When the parties did arbitrate the dispute, the panel found in favor of the employee. After reviewing the matter, the appeals court has upheld that decision—and the $4 million award—on the grounds that the arbitrators did not exceed their authority or make a clear legal error.  Whether the court itself would have made the same decision on the underlying dispute is not the relevant issue.

At Pike & Lustig, LLP, our Florida employment attorneys have the knowledge and expertise to handle the entire range of workplace retaliation claims. We have experience representing both employers and employees. Our legal team also frequently handles arbitration cases. Call us now for a completely confidential, no commitment review of your case. We handle employment law claims throughout all of Southeastern Florida.