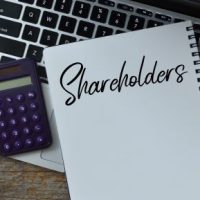 In November of 2021, Boeing’s Board of Directors announced a nearly $240 million settlement in a shareholder lawsuit. The claim was related to the company’s poor conduct regarding technical failures that led to two tragic 737 Max crashes that killed hundreds in Ethiopia and Indonesia. However, this case is not over yet. A federal appeals court has now received a separate lawsuit.

According to a report from Reuters, a United States District Court judge has reinstated a shareholder lawsuit filed by the Seafarers Pension Plan. Among other things, the lawsuit challenges the viability and applicability of a forum selection clause in Boeing’s bylaws. Here, our Miami shareholder disputes attorneys provide a more detailed review of this case.

The Seafarers International Union of North America is a labor union composed of smaller organizations of fisherman and boatmen working waters around the United States, Canada, and Mexico. The union’s pension plan (Seafarers Pension Plan) was one of the largest investors in Boeing. The pension plan filed a lawsuit against Boeing on the grounds that the company’s corporate leadership made “false” and “misleading” statements related to the 737 Max scandal.

Procedural Issue: A Forum Selection Clause in the Corporate Bylaws

As noted previously, multiple shareholder lawsuits were filed against Boeing following the serious safety problems with the 737 Max. The key difference between the $237 million shareholder lawsuit that was settled and the claim being pursued by the Seafarers Pension Plan is a dispute over a forum selection provision in Boeing’s corporate bylaws.

The pension plan filed a lawsuit against Boeing in the Northern District of Illinois. Boeing moved for the dismissal of that claim on the grounds that the corporate bylaws contained a provision that made the Delaware Court of Chancery the “sole form” for shareholders to file derivative claims against the company.

A Federal Court has Now Reinstated the Claim

The shareholder lawsuit in Illinois was initially dismissed on the grounds that it was barred by the forum selection clause. However, a U.S. district court judge has now revived the shareholder derivative claim. In ruling in favor of the shareholders, the judge emphasized that a lawsuit in Illinois is appropriate given the location of Boeing’s primary headquarters in Chicago. The forum matters for a number of different reasons—not the least of which being that Delaware tends to have more favorable corporate laws for boards of directors/companies and other jurisdictions tend to have more favorable laws for shareholders.

At Pike & Lustig, LLP, our Florida shareholder rights attorneys are devoted to providing the highest level of professional service to our clients. Where other people see problems, we find solutions. Get in touch with us by phone or send us a direct message for a completely confidential initial case evaluation. Our attorneys handle shareholder disputes throughout South Florida, including in Miami, Miami Beach, Fort Lauderdale, Palm Beach Gardens, West Palm Beach, and Jupiter.