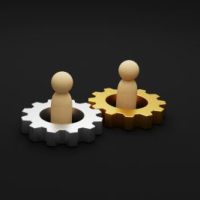 According to a report from Bloomberg Law, Thomas Caracci, a shareholder of Wendy’s Co., has lost in his attempt to get a shareholder settlement thrown out. The United States Court of Appeals for the Sixth Circuit determined that a lower court was within its discretion when it approved a settlement of a shareholder derivative lawsuit. The underlying case centers around a 2015 data breach. Here, our West Palm Beach shareholder dispute attorneys discuss the shareholder dispute, the settlement, and the federal court’s decision.

Wendy’s Co. owns and operates one of the largest fast food chains in the United States. In 2015, the company experienced a massive data breach. According to reports, more than 1,000 Wendy’s locations around the country were breached. Cybercriminals accessed sensitive consumer credit card information. Eventually, Wendy’s Co. agreed to pay affected financial institutions more than $50 million to settle the data breach claims.

A Settlement Was Reached Over the Shareholder Dispute

Wendy’s Co. shareholder Thomas Caracci was not a participant of the 2018 shareholder settlement. Instead, he filed an appeal on the grounds that the federal court that approved the settlement did not have the authority to do so. A key part of his legal argument was that the shareholder derivative settlement reached by the parties “dramatically reduced” his right to recover attorneys’ fees.

Upon review, the United States Court of Appeals for the Sixth Circuit ruled against the shareholder. In rendering its decision, the federal appeals court emphasized that courts have “wide discretion” to manage shareholder litigation. When a shareholder settlement goes before a specific court for approval, that court has significant authority to assess the specific circumstances to determine if the settlement is appropriate given the sometimes-conflicting interests of all parties involved in the case.

At Pike & Lustig, LLP, we represent parties in shareholder disputes, including shareholder litigation. As these are complex and time-sensitive cases, our legal team always takes a proactive approach. To set up your confidential initial consultation, please do not hesitate to contact us today. We handle shareholder disputes in Palm Beach County and throughout all of Southeastern Florida.

By Michael Pike and Daniel Lustig | Posted on September 8, 2022