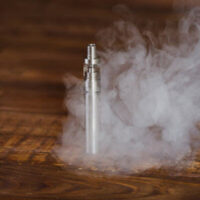 According to a report from the Insurance Journal, a federal judge in San Francisco is allowing a civil RICO lawsuit against Juul Labs Inc.—the nation’s largest electronic cigarette company and maker of “vape” products—to move forward. A collection of consumers, government agencies, and even school districts are currently pursuing a civil RICO claim against the company on the grounds that it intentionally and unlawfully targeted its advertising at teenagers. In this post, our West Palm Beach RICO claims attorneys discuss the procedural history of this case.

In recent years, Juul Labs has faced an onslaught of criticism over its marketing practices. Founded in 2015, the electronic cigarette company saw dramatic growth in 2017 and 2018. The growth was largely fueled by the company’s successful social media marketing campaign. Its products are unquestionably popular among young consumers, particularly teenagers.

Consumers, school districts, and local governments have all filed claims against the company. Notably, these claims include civil RICO lawsuits, alleging that the company violated the federal Racketeer Influenced and Corrupt Organizations Act and its state-level counterparts, including California’s RICO law and Florida’s RICO law.

After a Dismissal, Civil RICO Claim Against Juul Labs has Been Revived

In October of 2020, a federal judge in Northern California dismissed the RICO claim against Juul Labs. The civil RICO lawsuit was tossed primarily on the grounds that “more specific allegations” were needed to support the claim. Notably, in initially dismissing the RICO lawsuit, the judge explicitly granted the plaintiffs an opportunity to amend their claim. In accordance with the judge’s orders the plaintiffs did so. Soon after, they submitted revised allegations to the court.

In the latest ruling, United States District Court Judge William Orrick has determined that the plaintiffs have met the threshold to move forward with the case. The judge’s decision not to dismiss the case is based on a critically important element of state and federal RICO laws. In the revised complaints, the plaintiffs are alleging that the individual defendants (and not Juul Labs) are the parties legally liable for the RICO violations. They allege that the individuals, including top executives at the company, used Juul Labs to engage in racketeering activity to promote their own self interests.

At Pike & Lustig, LLP, our Florida civil RICO attorneys have the specialized skills and expertise to represent clients in complex litigation. If you are considering filing a civil RICO suit or if your company is facing a potential RICO claim, we are ready to get started working on your behalf today. Give us a call or reach out to us online for a confidential review and evaluation of your case. With a primary office in West Palm Beach and a second office in Miami, we provide RICO litigation services to clients throughout the entire region in Southeastern Florida.