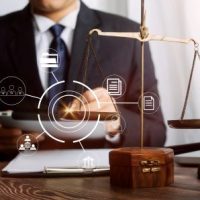 According to a report from Auburn Citizen, a federal judge has dismissed a civil racketeering lawsuit filed by the Cayuga Nation. The Cayuga Nation of New York is a federally recognized Native American tribe. The group alleged that Pipekeepers Tobacco & Gas—a smoke shop located in Upstate New York—has committed a civil RICO violation. In this article, our West Palm Beach RICO claims attorney explains why the federal court has dismissed most of the lawsuit.

Allegations: Defendants Were Engaged in a “Pattern of Racketeering Activities”

The Cayuga Nation filed a civil racketeering lawsuit against Pipekeepers Tobacco & Gas on the grounds that the company was engaged in a “pattern of racketeering activities.” More specifically, the plaintiffs contend that the defendant was engaged in money laundering and the sale of illegal drugs. They argue that, by doing so, the smoke shop was effectively “stealing” customers from the nearby Native American reservation. As part of the civil lawsuit, the Cayuga Nation sought $15 million in damages as well as injunctive relief.

RICO lawsuits are among the most complicated types of civil claims. A significant number of civil racketeering claims do not survive the defendant’s initial motion to dismiss. In order to prevail against a motion to dismiss in a civil RICO lawsuit, a plaintiff must allege well-supported facts that, if proven to be true, would be sufficient to impose civil RICO liability. Pleading a RICO claim requires:

At Pike & Lustig, LLP, we are qualified to represent both plaintiffs and defendants in civil racketeering cases. As RICO is a complex law, it is imperative that individuals, businesses, and organizations have an experienced legal advocate on their side. To set up a fully confidential initial case evaluation, please do not hesitate to contact us today. Our firm provides legal services in civil racketeering cases throughout all of Southeastern Florida.