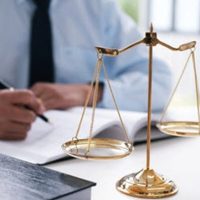 According to a report from Cleveland.com, a federal judge has removed the plaintiffs’ attorneys in the FirstEnergy shareholder lawsuit. The judge also asked for applications from new lawyers to replace them. The judge ruled that the attorneys in question improperly attempted to evade oversight in the case. In this article, our Miami shareholder dispute lawyer discusses the key developments in the FirstEnergy shareholder litigation.

FirstEnergy Corp. is a massive electric utility with a main headquarters in Northeast Ohio. In 2020, the company became entangled in a major bribery scandal involving several major players in Ohio state politics, including politicians and lobbyists. Indeed, the former Ohio Speaker of the House of Representatives was arrested on felony charges in relation to the bribery case.

In July of 2021, FirstEnergy Corp. entered into a deferred prosecution agreement with the United States Department of Justice (DOJ). As part of the settlement agreement, FirstEnergy Corp. agreed to pay $230 million in civil financial penalties. Soon after, the company was hit with a shareholder lawsuit.

Shareholder Lawsuit Was Settled in February of 2022

A Twist in the Shareholder Case: Plaintiff’s Attorneys Have Been Dismissed

The latest ruling by Ohio U.S. District Judge John Adams represented the latest twist in this shareholder lawsuit. The federal judge ruled that the plaintiffs’ attorneys representing the FirstEnergy Corp. have improperly attempted to evade judicial oversight. They have been dismissed from the case and the judge is actively soliciting new attorneys to represent the shareholders.

The action taken by the federal judge in Ohio is relatively uncommon. Though, a judge does generally have the authority to remove legal counsel if they have good reason to believe that legal counsel is providing poor representation to clients.

Get Help From a Top Shareholder Litigation Attorney in Southeast Florida

At Pike & Lustig, LLP, we are committed to helping our clients find the solution that works most effectively for their situation. With experience handling all sides of shareholder disputes, our firm has the well-rounded business law expertise that you can trust. Call us now or connect with us online for a confidential initial consultation. With legal offices in Miami, Wellington, and West Palm Beach, we take on shareholder disputes and shareholder litigation throughout South Florida.