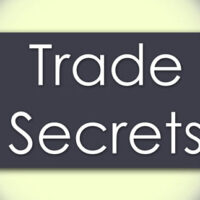 Florida has strong laws that allow businesses to protect their trade secrets. Trade secrets are specifically defined in Florida law, and the law is often used by businesses in litigation to avoid having valuable and private information put into the wrong hands, or put into the public record.

But many people aren’t aware that as of 2016, there’s another way to protect valuable trade secrets: federal law. Specifically, the Defend Trade Secrets Act (DTSA) is the federal version of Florida’s trade secrets act.

The DTSA has a number advantages over state trade secret laws, not the least of which is uniformity—unlike state trade secret laws, which can vary from state to state, the DTSA stays consistent nationwide. This can help businesses adopt policies, contracts, and other documents, with some assurance as to what law will apply if those documents are ever tested in court.

Another benefit is the ability to bring trade secret related lawsuits directly to federal court, and reap the advantages that federal courts can bring, which can include expediency and the assurance that a federal judge is reviewing court documents.

Litigants can use both state trade secret laws and the DTSA, without having to choose one over the other. However, having two separate trade secret acts, with different requirements and showings that must be made to demonstrate a protectable trade secret, may also increase the cost, time and expense of litigation.

The DTSA defines trade secrets as anything with “public economic value.” This is a very broad and sweeping definition, which can potentially protect much more than narrower, state laws. However, like state trade secret laws, the federal law also requires that a business take measures to protect its trade secrets, and treat information as confidential and protected, for something to qualify as a trade secret.

Since the law was passed, some courts have refused trade secret protection under the DTSA because a business did not require parties that access information to sign a confidentiality agreement beforehand.

Like state laws, the federal law also requires that information cannot be “reasonably ascertainable.” If it is, it cannot be a trade secret.

For constitutional reasons, the DTSA requires that litigants show that the trade secret has some relationship to, use in, or connection to, interstate commerce. This is a relatively easy bar to meet, but it must still be pleaded in a plaintiff’s complaint.

The DTSA allows a litigant who believes that its trade secret is being used, abused, misappropriated, or damaged, to get an ex parte seizure order. This is a very powerful weapon—to allow a court to take information or property just on the assertions made in a litigant’s motion. There is a “safe harbor” for those who need to use or disseminate trade secrets in order to report illegal activity (whistleblower protection).