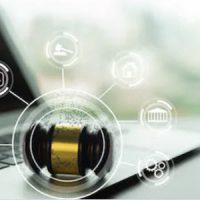 What is a Prima Facie Case?

As defined by the Cornell Legal Information Institute, a prima facie case is a case that is “sufficient to establish a fact or raise a presumption unless disproved or rebutted.” In other words, a plaintiff makes a prima facie case if their allegations, if accepted, would be enough to prove the defendant’s liability.

When a plaintiff failed to make a prima facie case in their complaint, the defendant can move for an immediate dismissal. While this is an issue in many types of business law matters, it is especially common in civil RICO cases because RICO has unusually complex pleading standards.

The Required Elements of a Civil RICO Case

When filing a civil RICO lawsuit in Florida, a plaintiff must allege facts that, if accepted by the court, would be sufficient to prove a RICO violation. If the facts as stated are not enough to support a RICO violation, the entire complaint can (and likely will) be dismissed for failure to bring a prima facie case. Here are the three things that must be clearly asserted and well-supported in any civil RICO complaint:

It is imperative that all three elements are addressed in a civil RICO complaint. If even one of the three required elements is not clearly supported by the alleged facts, then the RICO lawsuit may be dismissed on the grounds that the plaintiff did not allege a prima facie case.

At Pike & Lustig, LLP, our Florida commercial law attorneys have the skills, diligence, and expertise to handle all types of civil RICO claims. If you have any questions about the prima facie requirements for filing a RICO lawsuit, we can help. Call us now for a fully private consultation. We have law offices in Miami, West Palm Beach, and Palm Beach Gardens.