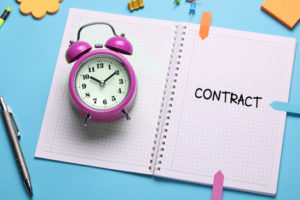 According to reporting from the Palm Beach Post, a Tallahassee administrative law judge has ruled for the Florida Department of Corrections in a complex case involving a dispute over substance-abuse treatment service contracts. Bridges of America Inc. a private company that operates work release and drug rehabilitation centers in Orlando, brought the claim against the state agency on the grounds that their contract rights had been violated. Contract disputes involving government entities are always complex and have many unique factors. If your company is involved in a legal dispute over a government contract, please contact an experienced West Palm Beach commercial litigation attorney today to discuss your legal options.

Bridges of America originally signed an agreement with the Florida Department of Corrections in 2008. Under the terms of the deal, the company is paid to operate a substance abuse transitional facility in Orange County. As of right now, this contract is set to expire on December 31st, 2016. It is unlikely to get renewed in its present form, as the Department of Corrections wants to take a new policy approach for managing drug abuse transition services. More specifically, the Department of Corrections wants to move many transitional services away from outside private contractors and back behind traditional prison walls. In testimony to the court, the state presented the following reasoning for the proposed policy changes:

Though Bridges of America’s contract with the Department of Corrections was set to expire anyway, the company argued that their rights were violated. This was because, in the eye of the company, the agency exceeded its authority under state law by proposing such extensive policy changes. State agencies can only implement programs if the Florida legislature approves of them and is willing to fund them. The company argued that by altering the drug substance abuse transition program, the Department of Corrections was unlawfully going against the intentions of the state legislature. As a result of this violation, their business was suffering financial damage. However, the administrative law judge did not find the company’s legal arguments compelling. In the decision, the judge noted that the company had a legal burden to proving that the Department of Correction’s actions were ‘arbitrary and capricious’. The judge found that the balance of the evidence was in favor of the agency on this question.

At Pike & Lustig, LLP, our West Palm Beach attorneys have extensive experience handling a wide range of contract dispute cases, including claims involving government contracts. If your business is involved in a contract dispute with the state of Florida, please contact our team today. We will review your case free of charge, with no additional obligations for you. Our team provides business law representation to companies throughout South Florida, including in Miami, Fort Lauderdale and Boca Raton.