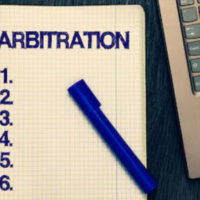 On August 28th, 2019, the Third District Court of Appeals for the State of Florida overturned a lower court’s ruling in the case of Ancla International, S.A. v. Tribeca Asset Management, Inc — a dispute regarding whether or not a trade secret misappropriation claim can be arbitrated in Florida.

As a result of the court’s decision, an arbitration proceeding between these two parties, which are locked in a dispute over a failed commercial agreement involving craft beer distribution, will now move forward. In this article, our Miami arbitration attorneys provide an overview of the key issues in this case and explain the court’s reasoning.

In January of 2012, a Columbian-based beer manufacturer called “Ancla International” entered into a commercial negotiations with a Panama-based investment company called “Tribeca Asset Management”. Among other things, their initial agreement contained a confidentiality provision that required Tribeca Asset Management to protect the beermaker’s trade secrets.

Eventually, the larger commercial agreement between these parties fell apart. The companies did not do business together. In fact, Tribeca Asset Management entered into a similar contract with a competitor of Ancla International.

Ancla contends that the investment firm misappropriated its trade secrets and violated the confidentiality clause. In response, Ancla attempted to invoke a mandatory arbitration provision in the contract which called for arbitration in the state of Florida.

The key question before the Florida courts is whether or not Florida is actually the appropriate venue for this case. On the one hand, neither company is based in Florida. Indeed, they are both international firms. However, the initial contract contained language stating that it would be governed by the laws of Florida.

In its review of the dispute, the trial court determined that, while the language of the contract did require the case to be handled under Florida law, it did not mandate that Florida was the appropriate venue for arbitration. Ancla appealed this decision.

The Third District Court of Appeal disagreed with the decision made by the trial court. Specifically, the appeals court found that “based on a plain reading of the agreement”, both of the companies agreed to be bound by Florida state law and they agreed to be subject to the legal jurisdiction of courts in Florida. As such, Florida courts have the legal power to enforce the underlying agreement and to compel commercial arbitration.

As a consequence of the appeals court’s decision, Ancla International will be permitted to pursue its commercial arbitration claim against Tribeca Asset Management in Florida. The Columbian craft beer maker can now pursue its claim regarding alleged trade secret violations by the Panama-based investment firm.

At Pike & Lustig, LLP, our Florida business arbitration attorneys provide effective, fully customized legal representation to clients. To get help from an experienced commercial arbitration attorney, please contact us today. From our law offices in Miami and West Palm Beach, we represent individuals, businesses, and organizations throughout South Florida.

By Michael Pike and Daniel Lustig | Posted on September 5, 2019