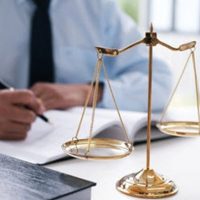 On August 18th, 2021, the Fourth District Court of Appeal for the State of Florida ruled that an auto dealership waived its right to compel arbitration in a Florida Deceptive and Unfair Trade Practices Act (FDUTPA) claim. In the case of Marino Performance Inc. v Jose Carlos Zuniga and Juan C. Zuniga Jr., the appeals court affirmed the decision of the trial court. In this blog post, our West Palm Beach deceptive and unfair trade practices attorneys provide an overview of the decision.

The core issue at stake before the court was whether or not Marino Performance waived its right to compel arbitration. Notably, the company did not move to compel arbitration until a year after the initial deceptive and unfair trade practices lawsuit was filed by the plaintiffs. In the intervening period, Marino Performance raised a number of different affirmative defenses against the alleged FDUTPA violations. At the trial state, the court ruled against the West Palm Beach auto dealership. In doing so, the trial court emphasized two key points:

In this case, the court focused on the fact that Marino Performance “engaged in extensive discovery” prior to invoking the compelled arbitration clause. Discovery is active participation in litigation and it is inconsistent with compelling arbitration. As such, the Florida appeals court found that Marino Performance waived its right to invoke arbitration by failing to raise the matter as an affirmative defense and engaging in discovery during the early stages of litigation.

Consult With an Experienced FDUTPA Lawyer in Southeastern Florida.

At Pike & Lustig, LLP, our West Palm Beach FDUTPA attorneys have the professional experience that you can rely on. If you have any questions about mandatory arbitration provisions and FDUTPA claims, we are here to help. Contact us today to schedule a confidential consultation with an experienced commercial lawyer in South Florida. We have offices in West Palm Beach, Wellington and Miami and we look forward to hearing from you.

By Michael Pike and Daniel Lustig | Posted on September 3, 2021