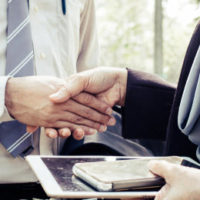 In this article, our top-rated Miami shareholder dispute lawyers provide a brief overview of the issues that were at stake in this case. In addition, we highlight one of the most important things that minority shareholders need to know about their legal rights in Florida.

The plaintiff in this case was a minority shareholder in BBX Capital Corporation, a financial services company that is based in Fort Lauderdale, Florida. Another Fort Lauderdale-based financial services company, BFC Financial Corporation, already owned 81 percent of the outstanding shares of BBX Capital. A merger was initiated, in which BFC Financial sought to obtain the remaining 19 percent of BBX Capital.

Under the deal that was eventually approved, BBX Capital shareholders, including the plaintiff in this case, were offered a choice. They could accept cash in exchange for their shares, shares in BFC Financial, or some combination of both.

The plaintiff filed a complaint alleging that her shares in BBX Capital were being substantially undervalued in this deal. She argued that the Board at BBX Capital breached its fiduciary duty to its minority shareholders because it failed to obtain a fair market price. However, notably, the plaintiff in this case declined an independent appraisal under Florida state statutes (607.1302).

In its decision, the Fourth District Court of Appeals focused on the language of the 607.1302. Under this section of Florida law, minority shareholders who dissent from a major transaction (such as a merger) must seek a remedy by getting an independent appraisal of their shares. The only time that minority shareholders can step outside of the bounds of this statute is when they can prove that the underlying corporate action involves fraud or a serious misrepresentation.

Appraisal as a Remedy: Fraud is Difficult to Prove

At Pike & Lustig, LLP, our shareholder dispute lawyers are standing by, ready to help you with your case. For a free case review, please contact our legal team now. We have offices in Miami and West Palm Beach, and we serve minority shareholders all around South Florida, including in Boca Raton, Coral Springs, Miami Lakes, and Miramar.