Florida Appeals Court Rules in Favor of Developer, Against the City of Sarasota 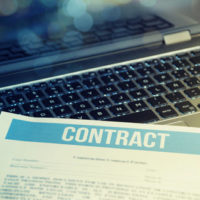 On March 3rd, 2017, Florida’s Second District Court of Appeal ruled in favor of a commercial developer, Buck-Leiter Palm Avenue Development, LLC, and against the City of Sarasota in a complex contract litigation case. Originally, the city was granted summary judgment by a trial court, but the appeals court determined that summary judgement was inappropriate as a matter of law. This decision is important as it helps to affirm that private developers have valuable legal rights when dealing with city and state government contracts.

The Development of City Owned Land

In June of 2006, Sarasota determined that it wanted to develop a parcel of land that it owned in the downtown section of the city. After lengthy negotiations, the city chose to work with Buck-Leiter as the developer. They two parties entered into an Initial Redevelopment Agreement (IRA). This early stage agreement contained considerable details, including the fact that the completed redevelopment project would consist of:

The IRA also included details pertaining to pay, maintenance responsibilities and city-developer revenue sharing. However, as the years went by, it became clear that the two parties would not actually be able to reach a final deal. Indeed, in July 2008, the City Commission held a special session and voted down continuing work on the project. Of course, by this time the development company had already poured significant resources into the development.

Developer Brings a Breach of Contract Claim Against Sarasota

In the lawsuit, the developer argued that the city breached their contractual obligations because the IRA was meant to bind the parties to negotiate in good faith to finalize an agreement. Sarasota countered that the IRA was never binding at all, and therefore that it never put any obligations on either party. The trial court agreed with Sarasota, and ruled in favor of the city’s view that no contract was ever established. However, upon review, the appeals court pointed to several provisions within the IRA that made this position highly questionable. For example, the IRA included both ‘default’ and ‘attorneys’ fees’ provisions which strongly implied that the agreement was meant to place at least some legal duties on each of the parties. The trial court reversed the decision.

This is an extremely important decision for developers that are dealing with city governments and state governments. Ultimately, the continuously shifting nature of government can lead to circumstances where officials want to suddenly reverse decisions made by their predecessors. It is imperative that developers are able to enforce their contract rights so that they can make investments in city-owned development projects without worrying that the rug will suddenly be pulled out from underneath them.

At Pike & Lustig, LLP, our South Florida contract law attorneys are standing by, ready to protect the rights of your business. To request a no-fee, no-obligation consultation, please call our West Palm Beach office today at 561-291-8298 or our recently opened Miami office at 305-985-5281.