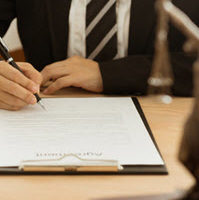 Earlier this year, Florida law regarding construction contracts was amended in order to address a ‘gap’ in the state’s statutes. Specifically, the state legislature modified Florida Statute 95.11(3)(C) to clarify when the statute of limitations begins to ‘run’ in certain types of contract disputes.

This amendment became necessary after the state’s Fifth District Court of Appeals issued a ruling that interpreted the term “completion of the contract” in a far different manner than had been expected. Here, our experienced West Palm Beach commercial litigation attorneys discuss the change in the law.

In May of 2015, Florida’s Fifth District Court of Appeal issued a decision in the case of Cypress Fairway Condo. v. Bergeron Constr. Co. This case involved a dispute over an alleged construction defect. Though, ultimately, the core issue at stake in the legal hearing became whether or not the plaintiff’s action was barred by Florida’s statute of limitations. In these types of claims, the plaintiff has four years from the date of completion of the contract to file a lawsuit.

The appeals court agreed with this legal argument. The court stated that, considering the manner in which the Florida statute was written, there was no express language to indicate that a contract is complete when the contractor has performed their side of the deal. As such, the plaintiff was correct and their claim was not time barred.

New Language: A Contract is Complete on the Date of the Contractor’s Final Performance

When the ruling was issued, it became clear to the Florida legislature that their true intentions were not being not upheld. Based on the decision of the appeals court, a contractor’s susceptibility to litigation could be extended simply because the other party delayed a portion of the payments. This was not what state representatives had in mind. The Florida legislature moved to fixed the ‘gap’ in the statute. Under the new amendment, a contract is deemed to be completed on the date that final services are rendered or the date that the final bill becomes due, whichever is later. When the final bill is actually paid is no longer a relevant factor.

At Pike & Lustig, LLP, our top-rated commercial litigation attorneys always stay up to date on the latest developments in Florida business law. To learn more about what our legal team can do for your business, please call us today for your free consultation. We serve companies throughout South Florida, including in Miami, West Palm Beach, Fort Lauderdale, Hialeah, Miami Beach.