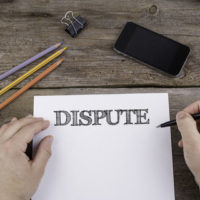 No stranger to the headlines, President Donald Trump recently found himself in the news after his company lost a Miami-Dade County construction lien dispute. On April 12th, 2017, Florida’s Third District Court of Appeal issued a ruling in the case of Trump Endeavor LLC v. Fernich, Inc. d/b/a The Paint Spot. The appeals court affirmed a lower court decision, which awarded $32,535.87 in compensation to the contractor, along with an additional $285,000 in attorneys’ fees. Beyond involving the president’s company, this case also teaches an important lesson about notice and construction liens.

An Analysis of the Case

There Was Confusion over the Lead Contractor

Trump National hired two contractors to complete two different renovations on the golf course. Notably, both buildings that were being renovated shared the same address. The Paint Spot was one subcontractor used by one of the two main contractors. However, early in the process, the Paint Spot submitted important documentation, and failed to note the appropriate lead contractor on its forms.

Trump National Was Not Adversely Affected by the Error

The Appeals court agreed with Trump National that a minor error was made by the Paint Spot. However, the court noted that Trump National provided no evidence that it was in any way adversely affected by this mistake. Based on the case law established by the 1974 case of Centex-Winston Corp. v. Crown Paint, Inc., the court reasoned that a lien could still be valid, even if there was a mistake in recording it, if no party was adversely affected by that error.

Indeed, evidence was submitted at trial that indicated that the real reason that the Paint Spot was not paid in full was not the error in notice, but instead the fact that ‘Trump National believed they had already been paid enough for their materials.’ In the view of the court, this was simply not acceptable reasoning.

At Pike & Lustig, LLP, our business litigation attorneys have extensive experience handling all aspects of contract disputes, including complex construction litigation. We can help protect the rights and interests of your business. From our offices in West Palm Beach, Wellington and Miami, we proudly represent companies throughout South Florida, including in Boca Raton and Fort Lauderdale.