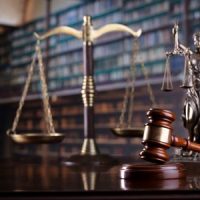 As a general rule, in a business law case, you can depose whoever you want, so long as the person you are deposing has relevant evidence to the case. But there is one exception to that: The Apex doctrine.

What is the Apex Doctrine?

The Apex doctrine says that you can’t go straight to the top of a governmental office, to depose a high ranking government official first. You have to depose lower level people first, and then if those depositions don’t yield the information needed, only then can you proceed to depose the higher level government officials.

So, if you had a dispute about a code violation that ended up in a lawsuit, you couldn’t go straight to deposing the mayor. You’d first have to depose enforcement officials, office staff, or mid-level bureaucrats.

You also would have to show that the high level official actually has information that is necessary to your case.

This is to avoid people from deposing high level government officials, just to harass them, when in actuality, many of them don’t have firsthand knowledge of the day to day operations of government functions.

For a long time, Florida had resisted applying the Apex doctrine to private companies. That means that when someone sued a company, they could demand the CEO, or the head of the Board of Directors, to sit for deposition, without any showing that the person actually knew anything about the allegations of the case.

The Florida Supreme Court has now expanded this doctrine, to go beyond government agencies. Now, the Apex doctrine applies to corporations, companies and private entities. Under the new rule, someone who, for example, was to sue Amazon, couldn’t just depose Jeff Bezos. Of course, Amazon is an extreme example–the corporate Apex doctrine applies to most any company, big or small.

Now, in Florida, if a high level corporate official is noticed for deposition, the entity trying to depose the CEO, President or other high ranking officer, would need to demonstrate that the officer has information that cannot be obtained from other sources, or from deposing lower ranking officers in the company.

The company seeking to prevent the deposition would have to show that the official has no knowledge that is relevant to the case. The party also has to show that the person the other side wants to depose is, in fact, a high ranking corporate officer, worthy of protection under the Apex doctrine.

Rule May Cut Down on Litigation

The new rule will provide some protections for companies, allowing them to shield higher ranking CEOs from having to sit for deposition in situations when they actually have little or no knowledge of the facts of the case. The new rule may also cut down on frivolous litigation or harassing litigation strategies.

Call the West Palm Beach employment lawyers at Pike & Lustig to help you in any business law case you or your company may be involved with.

By Michael Pike and Daniel Lustig | Posted on September 15, 2021