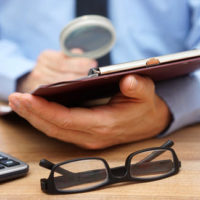 War Dogs, a 2016 movie produced by Warner Brothers, reportedly grossed $86 million at the box office. This dark comedy film stars actors Jonah Hill and Miles Teller as two Miami-based arms dealers who secure a major contract from the Pentagon. The film is based on real events. However, one of the men who is portrayed in the film is not thrilled with production.

Last year, he brought a lawsuit against Warner Brothers, claiming that the marketing of the film engaged in false advertising. Warner Brothers immediately sought to dismiss his lawsuit. However, recently, a Florida federal judge ruled that since the film was explicitly marketed as being ‘based on a true story’, the false advertising lawsuit can move forward in the legal process.

Efraim Diveroli, the Miami man who was portrayed in the film by Jonah Hill, brought his false advertising complaint on that grounds that the ‘War Dogs’ marketing campaign created a false impression in the minds of consumers. Specifically, Mr. Diveroli alleges that:

Based on these assertions, Mr. Diveroli brought his false advertising claim under the Lanham Act. Additionally, he also brought a related ‘unfair competition’ claim under Florida’s Deceptive and Unfair Trade Practices Act (FDUTPA). Mr. Diveroli argues that the movie’s false advertising directly damaged his business interests, as it made people less likely to purchase his memoir telling his story.

The First Amendment Defense Fails, the Case is Not Dismissed

However, Florida Federal Judge Mary Scriven was unpersuaded by the Warner Brothers argument. She acknowledged the First Amendment issue, however she also noted that the movie was a commercial product. It was put into the common marketplace, and Warner Brothers had a strong economic motivation to ensure that it did well at the box office. As such, their ‘speech’ was less about artistic expression, and more about commerce. Commercial speech is subject to more stringent regulation. As the case was not dismissed, the lawsuit moves forward, and it will need to be addressed based on the merits of the claim.

At Pike & Lustig, LLP, our business law attorneys have extensive experience protecting the rights of companies in South Florida. If your business is in a dispute regarding false advertising or any other type of alleged unfair competition, we can help. For immediate legal assistance, please call us today at 561-291-8298 in West Palm Beach or at 305-985-5281 to reach our new Miami office.