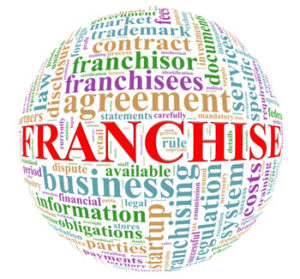 As a franchisee, the last thing you want is to be forced to compete with your own brand. For example, two Burger King locations would not do well if they were across the street from one and other. That location would likely not support both businesses. In order to be successful a franchise needs space to thrive. The vast majority of franchise agreements take this issue into consideration and grant the franchisee exclusive rights to particular territory. This means that the franchisor must refrain from allowing any other locations to encroach on the protected territory in question. Of course, designating exclusive market territory can be a complex process. In fact, many disputes arise over alleged encroachment into exclusive territory. Further, in the modern world, encroachment can actually occur in many different ways. If your company is currently involved in a franchise encroachment dispute, please contact an experienced West Palm Beach franchise law attorney today to discuss your legal options.

Encroachment Comes in Many Different Forms

Ultimately, all sides of a franchise agreement are bound by implied covenant of good faith and fair dealing. This means that franchisors must treat franchisees honestly and fairly when it comes to issues of territory encroachment. If your franchise has not been treated fairly, you should consider legal action.

At Pike & Lustig, LLP, our business litigation attorneys have extensive experience handling Florida franchise law cases. If you a franchisor or a franchisee involved in an encroachment dispute, please do not hesitate to contact our office today to set up your free case evaluation. We represent businesses throughout South Florida, including in Wellington and Fort Lauderdale.