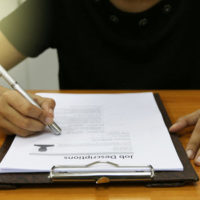 According to reporting from the Tallahassee Democrat, a circuit court judge located in Leon County, Florida, has ruled in favor of Florida A&M University (FAMU) in its contract dispute against its former head basketball coach Clemon Johnson. Mr. Johnson was fired by the University in early 2014 after serving as the school’s men’s basketball coach for three years.

Mr. Johnson had originally signed a four-year contract with FAMU, though the university argued that it had the ability to relieve him of his duties prematurely, because the contract contained a legally valid early termination option. The judge agreed that FAMU’s early termination option was both legally enforceable and that it was properly exercised by the school. Here, our top-rated Miami employment contract attorneys explain some of the basic things that employers need to know about early termination provisions.

When drafting an employment contract, employers need to ensure that the terms of the proposed agreement are clear and not open to any alternative (reasonable) interpretations. If a contract provision is ambiguous, Florida courts will typically construe that agreement in favor of the non-drafting party. For employment law contact cases, this means that the agreement will almost always be interpreted in a manner that is most favorable to the employee who signed the deal. Courts often give heightened scrutiny to early termination options, especially if the employer has the full discretion to exercise such an option, but the employee has no such discretion. The bottom line: South Florida employers must ensure that their ETOs are unambiguous and are fully understood by the employee at the time the contract was signed.

ETO Contracts Should Have Notification Deadlines

Additionally, employers should include deadlines by which the early termination option must be exercised, if it is to be used at all. At the deadline, the employee who is being terminated should receive written notification that their option will not be picked up for the following time period. For example, in this case, Florida A&M University put a 60-day notification deadline to exercise the ETO in its contract. Prior to the deadline, the school contacted its employee (Coach Johnson) and informed him that the ETO was going to be exercised and, thus, that his contract would not be picked up for the following basketball season. Employers who wish to have their ETOs enforced should follow this lead and include a notification deadline and written notification procedure within their employment contract.

At Pike & Lustig, LLP, we have extensive experience handling all aspects of contract disputes and contract litigation. To find out more about what we can do for you, please contact us today to schedule your free, no obligation initial legal consultation. From our offices in West Palm Beach, Wellington and Miami, we represent clients in contract disputes throughout Southeast Florida, including in communities such as Fort Lauderdale, Miramar and Hialeah.