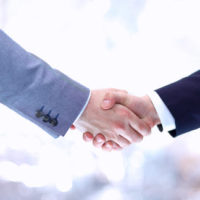 Bare Board Group (BBG) is a company that supplies circuit boards. In 2010, two of its officers, Mr. Coghlan and Ms. Del Grosso, helped a third person, Mr. Doyle, get funding to form another company that would operate within the same industry. In 2012, Mr. Coghlan and Ms. Del Grosso both resigned their positions at BBG. At this time, both individuals held approximately 11 percent of the outstanding shares of the company. When a dispute arose of the exact value of these shares, BBG brought a counterclaim against these individuals alleging tortious interference and breach of their fiduciary duty.

BBG sought damages from Mr. Coghlan and Ms. Del Grosso on the grounds that they breached their fiduciary duty by diverting business opportunities away from the company. Specifically, the company sought disgorgement of salary and bonuses and lost profits. The trial court ruled in favor of BBG on both issues; it awarded the company nearly $1.5 million in returned salary and approximately $1.9 million in lost profits.

In Florida, for lost profits to be awarded as damages, there must be very strong, well documented evidence that indicates with certainty and specificity that profits were actually lost as a direct consequence of the defendant’s misconduct. As BBG was unable to meet this bar at the trial court stage, the appeals court reversed the ruling on lost profits and remanded the proceedings to go through a new trial on that issue. Establishing lost profits is never easy. Businesses seeking lost profits as damages need to get an attorney involved in their case as soon as possible.

At Pike & Lustig, LLP, we have extensive experience handling business litigation, including shareholder disputes and partnership disputes. We always look for efficient and cost effective solutions that will best protect the interests of our clients. To request a free review of your case, please contact our team today at 561-291-8298 (West Palm Beach office) or 305-985-5281 (Miami office).