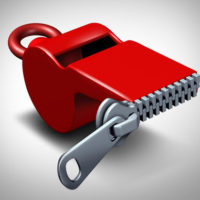 In June of 2017, a whistleblower lawsuit was filed under seal in the United States District Court for the Middle District of Florida. Recently, the legal complaint (United States of America v. Epic Systems Corporation) was unsealed by the court. The whistleblower who brought the claim alleges that Epic Systems, a healthcare software company that works with many hospitals across Florida, has been defrauding the government. Specifically, this whistleblower contends that Epic Systems is responsible for creating and failing to fix a coding error that has resulted in hospitals overbilling Medicare and Medicaid by many millions of dollars.

Fraud Allegations: Florida Hospitals May Be Overbilling for Anesthesia Services

As a prominent healthcare software company, Epic Systems knew or should have known about this regulatory change. Yet, according to the allegations by the whistleblower, the company failed to properly adjust its software to account for this issue. In fact, the whistleblower alleges that a major flaw in the coding resulted in double-counting of anesthesia services. To make matters worse, she also states that she brought this problem to the attention of the company. Yet, when she did so, only minimal changes were made, and the company failed to take the action required to fix the problem.

If the whistleblower’s allegations are proven to be true, Epic Systems is guilty of violating the False Claims Act (FCA). The False Claims Act imposes legal liability on companies (and individuals) that knowingly, or through negligence, defraud the government and government programs of resources.

In many cases, sophisticated contractor-related fraud can only be discovered and reported by insider employees. As such, the False Claims Act contains very strong whistleblower protection provisions. Companies cannot take any retaliatory action against whistleblowers who report False Claims Act violations to the authorities. Any type of adverse employment action or mistreatment is strictly prohibited. Beyond employment law protections, whistleblowers may also be entitled to a monetary award in the event that their disclosure leads to enforcement action that helps government officials put a stop to the fraud and recover money for the U.S. Treasury.

At Pike & Lustig, LLP, our Florida employment attorneys have extensive experience handling whistleblower claims. To get help with your whistleblower case, please contact us today to set up a free, no strings attached case evaluation. Our law firm has offices in West Palm Beach, Wellington and Miami and we proudly represent clients throughout the region, including in Sunrise, Tamarac, Plantation and Pembroke Pines.