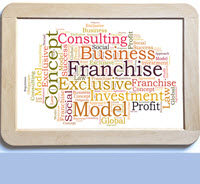 According to reporting from Forbes, a former Burger King cook named Jarvis Arrington has filed a lawsuit against the company. He is seeking class-action certification on behalf of every employee who has worked at any of the company’s franchise location from 2010 through 2018.

The legal claim in this case centers around the anti-poaching provision that Burger King has long included in their franchise contracts. In this article, our dedicated Miami franchise law attorneys provide an overview of the key issues that are at stake in this case.

The Background: Burger King Made it Difficult for Workers to Move Between Locations

Mr. Arrington contends that Burger King franchise locations used anti-poaching agreements to hold down wages. He was employed at a Burger King restaurant in Chicago, Illinois, making $10 per hour as a cook. He applied for the same position at another Burger King location in the city, seeking a higher wage. However, when he did so, he was informed that he needed approval from management in order to be eligible to get the job. This was due to the anti-poaching provisions Burger King allegedly used in its franchise agreements.

The Argument Against the Anti-Poaching Provision

In recent months, anti-poaching provisions — particularly in the franchise restaurant industry — have received an increasing level of scrutiny from state and federal regulators. Several U.S. states are currently probing the use of these provisions. In addition, in the fall of 2016, the United States Department of Justice (DOJ) and the Federal Trade Commission (FTC) issued a joint guidance, warning that so-called ‘naked no-poaching’ agreements would be aggressively pursued by regulators. The practice is certainly not limited to fast food operations; other franchise locations, such as Jiffy Lube and H&R Block, have been named in regulatory reviews of this practice. Employees, including Mr. Arrington, argue that these agreements violate U.S. antitrust regulations.

What Will Happen Next?

With anti-poaching agreements, the devil is often in the details. Whether or not a restriction along these lines will be deemed legally permissible depends on a number of different complex factors. In this case, Burger King (along with several other large franchise chains) has already promised to stop enforcing the anti-poaching provisions that they were previously using.

If the class action lawsuit filed by Mr. Arrington is successful, past and current Burger King employees may be entitled to compensation for the adverse impact that the unlawful anti-poaching agreements had on their wages.

Franchisors and franchisees need to be sure that they are operating with legally permissible agreements. Certain anti-poaching language is not permitted under the law. Notably, there is now strong evidence that federal regulators and state regulators will be more aggressive in enforcing rules regarding anti-poaching.

At Pike & Lustig, LLP, our Miami franchise law attorneys represent both franchisors and franchisees. To set up a fully confidential review of your franchise law case, please contact our Miami office today at 305-985-5281 or our West Palm Beach office at 561-291-8298.