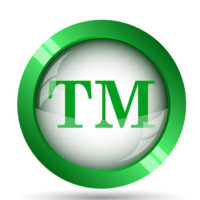 Former NFL linebacker Shawne Merriman and his company Lights Out Holdings, LLC, have filed a trademark infringement claim as well as a breach of contract claim against Under Armour, INC. The lawsuit, which was filed on February 1st, 2017 in the United States District Court for the Southern District of California, comes after the two companies had already reached a settlement in regards to a separate trademark dispute just two years earlier. According to the court filings, Merriman alleges that Under Armour is causing significant financial damage to his brand.

The ‘Lights Out’ Brand

During his NFL career, which began in San Diego in 2005 and ended in Buffalo in 2012, Merriman earned himself the nickname ‘Lights Out’. This nickname became synonymous with the linebacker and it was used frequently by NFL commentators. Soon after, Merriman sought trademark protection for the phrase and after his career ended, he established the sports apparel company, Lights Out Holdings, LLC. Since 2013, this company has been selling several different products in the athletic wear market.

Lights Out Holdings, LLC owns a valid trademark that is federally registered and distinctive. As such, the company may be able to successfully pursue this trademark infringement claim against Under Armour. The court will have to analyze this case in detail and determine whether or not Under Armour’s Stephen Curry signature shoes are confusingly similar to the protected trademarks owned by Shawne Merriman’s company. In general, this type of case will require the court to examine several different factors, including:

Ultimately, trademark litigation cases come down to a totality of the circumstances assessment. The court will need to weigh all of the available evidence and come to a balanced decision. If Merriman and Lights Out Holdings are successful, they may be able to obtain an injunction that forces Under Armour to stop using the offending mark and they also may be able to recover monetary relief.

At Pike & Lustig, LLP, our business litigation attorneys have extensive experience handling all aspects of trademark infringement claims. To learn more about how we can help you, please call our team today at 561-291-8298 to set up a free review of your case. We have an office in West Palm Beach as well as a brand new location in the heart of Miami.