Four Key Elements Of A Shareholder Lawsuit In Florida 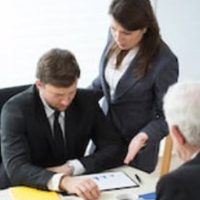 A minority shareholder is a somewhat vulnerable position. By definition, they have limited ability to exercise control over the company—which means they must rely on corporate officers and corporate directors to protect the value of their investment. Under Florida law, shareholders have rights. They may even be able to file a claim against a company if their rights are violated.

With some exceptions, lawsuits filed by shareholders in Florida are based on allegations of material misrepresentation omissions. In effect, shareholders typically argue that the corporate directors or corporate officers failed to provide minority shareholders with accurate and complete information about their investor. Further, they argue that their failure to do so warrants a violation of their rights. There may also be other bases for a shareholder claim, including breach of fiduciary duty and breach of loyalty to the corporation.

In effect, the business judgment rule provides wide discretion to corporate decision-makers to run their business. It holds that shareholders cannot bring a claim simply because a specific business judgment worked out poorly. A corporate officer/director is only liable for misconduct, not for being “bad at their job.”

Speak to a Shareholder Rights Attorney in Southeastern Florida

At Pike & Lustig, LLP, we have the skills and knowledge to represent clients in complex shareholder disputes. If you are a shareholder who believes that your rights were violated, please contact us to arrange your confidential initial consultation. Our shareholder rights attorneys provide legal representation In Miami-Dade County, Broward County, and Palm Beach County.