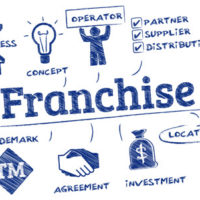 In 2016, our Miami franchise law attorneys discussed the joint employer standard, which, at that time, had recently been amended by the National Labor Relations Board (NLRB). The NLRB had just moved to enact a far broader test to determine which companies qualify as joint employers. Since that time, the political landscape has shifted significantly. Under a new presidential administration, the makeup (and thus, the views) of the NLRB have changed.

Recently, the board took a major step in the opposite direction. On December 14th, 2017, the NLRB overruled the Browning-Ferris joint employer standard. This is an important ruling for franchisors and franchisees. It shifts the joint employer standard back to what it was before 2016. In this post, our Florida franchise law team explains the three most important things you need to about this NLRB decision.

In the Browning-Ferris decision, the NLRB created the ‘indirect control’ test to determine if a company should be deemed a ‘joint employer’ under federal law. In effect, this test substantially broadened the standard for which companies can be considered to be joint employers. Of course, as joint employers, companies are subject to significantly greater potential for legal liability.

Many companies, most notably franchisors, were highly critical of the Browning-Ferris decision. Indeed, the test was criticized as being too vague and far too difficult to apply. While other advocacy groups, especially pro-labor interest groups, disagreed with that view, franchisors felt that the Browning-Ferris standard had the potential to seriously undermine the entire franchise business model. Pro-franchisor groups were dissatisfied with the previous decision, and support this new reverse of direction from the NLRB.

With this latest NLRB decision, the Browning-Ferris joint employer standard has now been overruled. Joint employer liability must once against be established by proving that a company has ‘direct control’ over employees. This reverts the system back to the standard that was used prior to 2016. Of course, the direct control standard leads to many disputes. However, it is certainly far more narrow than Browning-Ferris. Additionally, as the limits of Browning-Ferris were still largely untested, this decision should provide some increased clarity. No doubt, this is a very important decision for franchisors and franchisees in South Florida and all around the United States.

At Pike & Lustig, LLP, our Florida franchise law attorneys always keep up to date on the latest developments in federal and state law. If you are a franchisor or franchisee who needs legal assistance, please do not hesitate to contact us today for your free consultation. We will protect the rights of your business. From our offices in West Palm Beach and Miami, we serve franchise law clients throughout South Florida, including in Hollywood, Fort Lauderdale, North Miami, and Miami Beach.