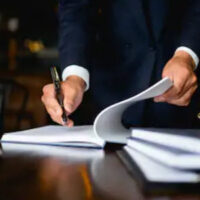 According to recent reporting by the Insurance Business Magazine, GEICO has filed a multi-million dollar RICO claim against a pharmacy in New York State. The insurance giant alleges that the pharmacy, four of its owners, and health care professionals engaged in racketeering activity as part of a billing fraud scheme. In this blog post, our Miami RICO claims attorneys discuss the allegations raised in the complaint and explain how liability works in a civil RICO claim.

On June 8th, 2021, GEICO filed a civil RICO lawsuit against Nature’s First Long Term Care and Compounding, a pharmacy based in Queens, New York. Four individuals who have an ownership stake in the pharmacy were also named as additional defendants in the case.

According to allegations raised in GEICO’s complaint, the pharmacy was used as part of a “massive” billing fraud scheme. The insurance company contends that more than $4 million in falsified bills were submitted by the Queens-based pharmacy. For the most part, the alleged fraudulent billing centers around pain creams and topical ointments.

Notably, GEICO alleges that medical professionals and laypersons helped the pharmacy owners carry on the billing scheme. According to the complaint, the pharmacy owners worked with laypersons to find auto accident victims. They then worked with health care providers to get medically unnecessary pain-related prescriptions approved for the people involved in car crashes.

In exchange for prescribing the expensive and unnecessary pain creams, the health professionals in question then allegedly received financial kickbacks from the pharmacy owners. In other words, GEICO contends that there was a large and organized enterprise that existed solely to submit fraudulent insurance claims.

A RICO Violation is More than “Garden Variety Fraud”

RICO claims are complicated. State and federal courts have consistently found that a RICO violation must be something more than so-called “garden variety fraud.” To bring a successful civil RICO claim, a plaintiff must be able to assert that the defendant(s):

Notably, the “enterprise” in question does not necessarily have to be a formal company. Indeed, an enterprise can constitute an unofficial relationship between parties engaged in a pattern of sustained misconduct. RICO liability matters. A plaintiff that brings a successful civil RICO claim may be entitled to treble damages—meaning that can seek compensation worth triple their actual damages.

At Pike & Lustig, LLP, our South Florida civil RICO attorneys have the professional expertise that you can rely on. If you want more information about civil RICO litigation, we are here to help. Give a call now for a confidential, no commitment consultation. Our law firm provides commercial litigation services throughout South Florida, including in West Palm Beach, Palm Beach Gardens, Jupiter, Fort Lauderdale, Boca Raton, Coral Gables, Deerfield Beach, Miami, and Miami Beach.