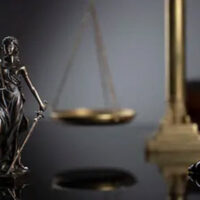 Most people know about the value of expert witnesses. What they may not know is that even if your expert is qualified with the highest credentials, and is the most accomplished person in his or her field, the expert’s opinion still may not be admitted into court.

Certification as an Expert

A highly qualified expert can easily get certified as an expert by the judge. In most cases, there is no dispute that an expert is, in fact, an expert in the field that he or she is professing to be an expert in.

The argument often comes in whether the expert’s opinion can be entered into as evidence. That’s because Florida (and Federal) law requires that the expert’s testimony meet a certain legal standard to be admitted into court.

What Standard is Used?

It used to be that Florida followed what is called the Frye standard (named after a case of the same name). This standard only required that the expert’s methods that he or she used in coming to the final conclusion, be generally accepted and used in the general scientific community.

This standard tended to allow into evidence opinions that were generally more experimental, or controversial. It was very lenient, and didn’t require the court to look very deep into the opinion, before determining whether it was admissible or not.

But as of a 2013 law change, and a 2018 Florida Supreme Court case, Florida uses what is known as the Daubert standard, which is also used by federal courts. To get a scientific opinion accepted by the court, and entered as evidence, a party must show:

As you can see, this standard is much more rigorous, and requires more findings by a court before scientific evidence is admitted. Many parties in a lawsuit, faced with the prospect of scientific testimony that is adverse to their side, use Daubert to challenge the admissibility of evidence.

Drawbacks and Benefits of Daubert

On the one hand, this can lead to a much more time consuming and expensive trial. Extensive evidence may need to be shown to the court to demonstrate that the scientific evidence is admissible. The court may have to conduct a hearing just on whether or not to admit the potential scientific evidence.

On the other hand, the more stringent standard ensures that “fringe” opinions aren’t allowed into court, and assures that experts are not “going out on a limb” with their expert testimony.