How Are Disputes Over Ambiguous Terms In A Partnership Agreement Resolved? 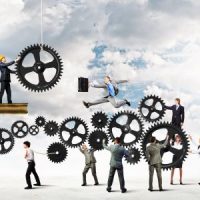 The Cornell Legal Information Institute explains that contract ambiguity exists when a reasonable person “could interpret the language in more than one way.” Ideally, a partnership agreement will not have ambiguities—but it does happen in some cases. How are contract ambiguities resolved by a Florida court? Here are the key principles that courts use in contract interpretation:

Alternative Dispute Resolution (ADR) is a term used to describe a range of methods for resolving disputes outside of the traditional court system, including mediation and arbitration. There are some significant benefits to using ADR to resolve conflicts, especially when it comes to partnership disputes. Indeed, ADR can be a faster, cheaper, and less adversarial way to resolve conflicts. In many cases, ADR can help partners to maintain their relationship and avoid the time and expense of going to court. Further, it can allow for more flexibility and creativity in finding solutions. Of course, there are exceptions. Litigation may be necessary to protect your rights in some partnership disputes.

At Pike & Lustig, LLP, our West Palm Beach business attorneys have extensive experience representing business partners in legal disputes. If you have any questions about ambiguous terms in a partnership agreement, we are here to help protect your rights. Contact us today to set up your fully confidential appointment with an attorney. From our West Palm Beach office, Miami office, and Wellington office, we provide partnership dispute representation throughout Southeastern Florida.