Important Takeaways From The 2022 Hurricane Season 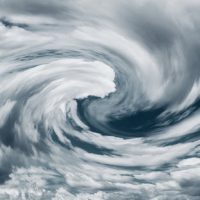 What began as one of the quietest hurricane seasons in recent history ended with a one-two punch that few of us could have possibly imagined. After Hurricane Ian devastated Florida’s southwest, it then crossed the state, leaving a trail of destruction across Central and Northeast regions that Hurricane Nicole eventually polished off when the storm hit less than six weeks later.

The loss of life from severe weather this past year has been unprecedented, and aside from human toll, the financial impacts are worsening what is already an insurance disaster in the Sunshine State. And while the number of insurance claims filed continues to rise, topping more than 622,000 claims, estimated insured losses stand at more than $8.7 billion, according to the Florida Office of Insurance Regulation. Hurricane Ian is now expected to be the largest single insurance industry loss event ever witnessed, with the final bill estimated to be above $75 billion, according to analysis from Stonybrook Capital. This projection doesn’t even account for the added destruction caused by Hurricane Nicole.

Now is the time to act.

The 2022 Hurricane Season once again reminds us that storms are unpredictable and pose an increasing risk to unprepared and heavily populated coastal communities. Residents of South Florida are encouraged take this opportunity to review their homeowners insurance policies to ensure coverage for both wind and flood damage. Thousands of Florida residents were shocked to discover their homeowners policy excluded damage from wind or to a roof and even more have learned that their policies do not cover flooding caused by natural disasters. Others found that their policy’s deductibles required them to first pay out out-of-pocket costs that far exceed their savings or rainy-day funds.

It is no secret that insurance companies are fleeing the state, and if your insurance carrier goes out of business, the Florida Insurance Guaranty Association (FIGA) will likely step in. However, the maximum amount FIGA will cover is $300,000 with special limits applying to (1) damages to structure and contents on homeowners’ claims and (2) on condominium and homeowners’ association claims. For damages to structure and contents on homeowners’ claims the FIGA cap is an additional $200,000. This is why it is critical to always ensure the viability of your insurance carrier and to check your policy of insurance every year to make sure you are sufficiently covered. Paying for adequate insurance can feel burdensome, but the cost of not having the needed coverage is simply not worth the risk.

By Michael Pike and Daniel Lustig | Posted on December 8, 2022