Is A Police Report Admissible As Evidence In A Personal Injury Case? 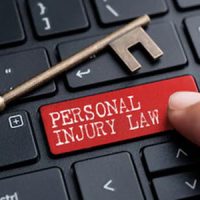 Getting and Using the Report

Your personal injury attorney will get that accident report, as will the defendant and the insurance company for the defendant.

You may be excited at the idea of your attorney having this accident report, and being able to show the jury eventually that the police officer found the defendant at fault, if that’s what it says. It sounds like powerful, compelling evidence to show a jury.

And it is. The problem is that the police report is also inadmissible—it cannot legally be shown to the jury at all.

This comes as a surprise to many accident victims. After all, police officers are generally credible, they investigate accident scenes all the time, so it would seem that they are qualified to say who was and who was not at fault for an accident. Why would the police report be inadmissible in your injury trial?

There are a lot of reasons. One main reason is that the police report contains hearsay; it retells what people at the scene told the police officer. That makes it an out of court statement that is being introduced into court as evidence, the textbook definition of hearsay.

But there is another reason, and it has to do with the credibility of the police officer. People, and thus, jurors, tend to give great weight and credibility to a police officer and their report. So much weight, that they may be overly inclined to believe whatever is on the police report, and thus, ignore any other evidence that may be presented at trial to the contrary.

The police report could just be too persuasive, and while police officers are credible, they aren’t accident reconstructionists, and they aren’t doing in depth analysis of accident scenes.

That means that a jury, potentially, would likely believe the police report almost automatically, even though the police report is not as thorough, and doesn’t contain as much evidence, as the sides would be presenting as evidence in the trial.

The Officer Can Still Testify