Is Criminal Intent Required To Prove A Civil Violation? 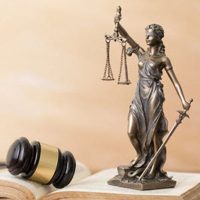 Racketeering is a type of organized crime that involves fraudulent and dishonest business dealings. There are federal and state RICO laws in place under which perpetrators can be held criminally and civilly liable for a RICO violation. This raises an important question: Do you have to prove criminal intent to bring a civil RICO lawsuit? It is a complicated question, but the answer is that plaintiffs generally must establish a defendant’s actual knowledge of illegal activities. Here, our Miami RICO claims lawyers discuss the key things to know about criminal intent and civil RICO claims.

Pleading a Civil RICO Case: The Mental State of the Defendant

One of the most important things to know about federal and state civil RICO claims is that a RICO violation is more than mere fraud. To prove that a defendant violated civil RICO law, a plaintiff must establish that the defendant engaged in a pattern of racketeering activity as part of an enterprise. It is a high pleading standard. Indeed, many civil RICO lawsuits are dismissed relatively early in the process for failure to present a claim upon which relief can be granted. Generally speaking, federal courts have held that RICO is predicated on a form of criminal conduct (racketeering). As such, the defendant generally needs to have knowledge of the illegal activities to be liable for a RICO violation.

A useful case example related to this issue comes from a 2012 federal appeals court decision in Walters v. McMahen, in which the court held that the plaintiff’s civil RICO claim failed because the underlying claim was deficient. A group of hourly employees of the multinational agricultural giant Perdue Farms filed a civil RICO lawsuit against a group of managers of the company. They argued that they conspired to hire undocumented immigrants in violation of federal law to hold down labor costs. Under federal law, an employer that knowingly hires people who were brought into the country illegally could face civil and criminal sanctions.

Upon review, the court found that the plaintiffs (group of employees) were unable to provide evidence that the managers at Perdue Farms had actual knowledge that they were hiring undocumented workers in violation of federal employment law. The federal court emphasized the importance of the “actual knowledge of illegal activities” element of a civil RICO claim. The company could potentially face sanctions for its manager’s failure to verify immigration documentation, but the managers were not responsible for a RICO violation. The civil RICO lawsuit was dismissed.

Schedule a Consultation With a Civil RICO Attorney in Southeastern Florida

At Pike & Lustig, LLP, our Florida commercial lawyers have the specialized skills and experience to handle similar RICO claims. If you have any questions about racketeering, intent, and RICO liability, we can help. Get in touch with us by phone or send us a message directly online for a fully private review and assessment of your case. We handle civil RICO claims throughout Florida, including in Miami-Dade County, Palm Beach County, and Broward County.

By Michael Pike and Daniel Lustig | Posted on December 2, 2021