Is Every Employee Liable For Corporate Fraud Or Conspiracy? Maybe Not. 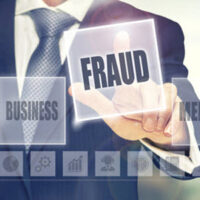 Imagine this: A large company is involved in a fraudulent scheme. Maybe the Florida Attorney general gets involved, maybe aggrieved parties file private lawsuits against the company. Certainly, the company may be liable, but individuals in the company may also be liable.

Which Individuals Are Liable?

But how many individuals in the company may be liable? In Florida, we have conspiracy laws, which operate much the same in civil cases as they would in criminal cases. Anybody acting in furtherance of the illegal operation can be liable for what the company did. As long as someone commits an “overt act” in furtherance of the illegal or fraudulent operation, the person (employee) can be liable.

But does that mean that every employee, personal, or staff member is automatically liable as a conspirator when the company is doing something illegal or fraudulent? Many innocent employees may be performing tasks that are “overt acts,” and those tasks are furthering the conspiracy.

The answer is no, not every employee is automatically liable, because of what is known as the intracorporate conspiracy doctrine. This doctrine excuses individuals from liability when their only role in an illegal or fraudulent operation is acting on behalf of another.

In other words, the act excuses people who were “just doing their job,” understanding that large companies need workers, and those workers are often innocent of any wrongdoing.

Stakes in the Fraud

A worker won’t be excused if he or she had a large stake in the conspiracy—in other words, if the worker stood to gain personally, he or she won’t be able to be protected by the doctrine. But just doing your job for pay does not make you a conspirator under the doctrine.

How much stake does someone have to have to be liable for the company’s conspiracy? Courts aren’t uniform in making that decision. Simply standing to make a bonus, or get some gain if the company does well (that is, if the conspiracy is successful), won’t be enough.

Independence may play a role; the more independent a worker is, if the worker stands to gain, the less likely the worker will be able to use the doctrine and be excused from liability. Certainly, direct independent benefit, such as individual commission may be direct enough to create liability.

Proof and Burden Questions in Court

Courts are also divided as to who has to prove the doctrine. Is it the victim’s obligation to show that an employee knew about and was benefitting from the conspiracy? Or is it the employee’s burden to prove that he or she was not personally benefiting? That may be a case by case decision.

Still, the defense can be useful for otherwise innocent employees who find themselves in legal problems because of the actions of their employers.

If your business is in legal trouble or you have been a victim of fraud, we can help. Call the West Palm Beach business litigation lawyers at Pike & Lustig for help today.