January Is Move Over Month 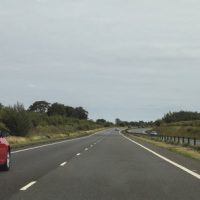 In 2021, there were 217 crashes and 14,927 citations issued for motorists failing to move over for emergency vehicles and law enforcement in Florida. Therefore, every January the Florida Department of Highway Safety and Motor Vehicles (FLHSMV) and its division of the Florida Highway Patrol (FHP) remind all motorists of Florida’s Move Over Law as part of Move Over Month. The campaign’s goal is to help protect law enforcement officers, first responders, and other public servants while they provide critical services in one of the most dangerous environments – the side of the roadway.

While majority of drivers understand to pull over for emergency vehicles approaching from behind, state law also requires vehicles to move over a lane for certain emergency and service vehicles stopped on the side of the road, or slow down if they cannot safely move over.

Throughout the month of January, FHP troopers will continue to educate the public, individuals not complying with the Move Over Law, and other motorists they come into contact with. The public is encouraged to report aggressive or dangerous drivers by dialing *FHP (*347).

All 50 states in the U.S. have Move Over laws in place, and Florida’s Move Over Law was added to section 316.126, Florida Statutes, in 2002. The statute, which was originally introduced in 1971, requires motorists to move or yield right-of-way to emergency vehicles. In 2014, utility and sanitation vehicles were added to the Move Over Law, and most recently, in 2021, road and bridge maintenance or construction vehicles displaying warning lights were added.

FLHSMV is partnering with the Florida Department of Transportation, Florida Police Chiefs Association, Florida Sheriffs Association, and AAA – The Auto Club Group to drive the Move Over message home to ensure all emergency and service professionals that work on and along Florida’s roadways Arrive Alive in 2023.