Laches: When A Lawsuit Is Filed Timely, But Also Too Late 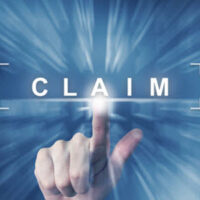 Here’s a piece of advice that you probably hear often: File your claim now! Don’t let the statute of limitations on your lawsuit expire!

But you don’t give much thought to this advice, because when you have legal claims, you file them within the statute of limitations. Depending on the claim, statutes of limitations can extend up to 5-6 years (and sometimes more), and you are way too diligent to wait that long to enforce a legal right that you may have.

Be Wary of Laches

But you can still get in trouble even if you are still within the statute of limitations, but you just waited too long to file your claim. That’s called laches.

Laches is where the claim was filed so late, that the other side has lost the ability to defend itself. Perhaps witnesses are gone, or evidence is destroyed. Sometimes, circumstances of life may have changed so much that the Defendant is unable to mount a reasonable defense.

Unlike a statute of limitations, where the judge may have little discretion in deciding whether to dismiss a lawsuit (after all, a time deadline is a time deadline), the judge has much more leeway when a Defendant pleads laches. The judge will look to see if circumstances have changed so much that putting up a valid defense has become difficult or impossible.

For example, let’s say you were sexually harassed at work. You wait a number of years before filing.

By the time you file, your supervisor no longer works at the company, and witnesses have also moved on. Maybe the business itself (or that branch of the business) has gone out of business, and there are no records. The company will ask the judge to dismiss the claim, on the basis that it cannot gather the evidence it needs to mount a valid defense due to your having waited too long to file the claim.

Another example would be a construction defect. If someone alleged a defect, but waited until years after the project was already completed and the owner took possession or ownership of the building, it could be too late for the owner to make the claim that the building was constructed in a defective manner.

The moral of the story is to file your lawsuits and claims as quickly as possible. Even if you don’t file the claim or lawsuit, at least putting the other side on notice of a potential claim, may be able to avoid the other side claiming that they were prejudiced on the basis of laches.

Call the West Palm Beach business litigation lawyers at Pike & Lustig to evaluate your commercial litigation case in a timely way, to make sure you protect your legal rights.