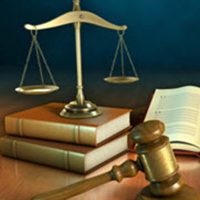 According to a report from Bloomberg Law, the now-defunct Los Angeles based Girardi Law Firm is facing a $100 million civil RICO lawsuit. The federal lawsuit—filed in the United States District Court for the Northern District of California—alleges that Thomas Girardi and the Girardi Law Firm systematically defrauded clients and engaged in illicit racketeering activity. Here, our Miami RICO claims attorney discusses the allegations raised against the law firm.

In October of 2018, Lion Air Flight 610 took off from Jakarta, Indonesia. The plane was scheduled to arrive in Pangkal Pinang a few hours later. Tragically, the Boeing 737 Max crashed, killing all 189 passengers and crew members.

According to the allegations raised in the lawsuit, Thomas Girardi, the Girardi Law Firm, and related parties referred to as the Girardi Family Enterprise soon began soliciting the surviving family members as clients for a lawsuit against Boeing. The firm represented several families.

However, as alleged in the lawsuit, these families did not receive their proper settlement funds. In June of 2022, Thomas Girardi was disbarred by the California Supreme Court and ordered to pay more than $2.2 million in financial restitution to affected clients.

A key part of the civil RICO case is that the alleged Lion Air Crash fraud is not an isolated incident. The plaintiffs allege similar fraud schemes, including of breast cancer survivors. To bring a successful civil RICO lawsuit, a plaintiff must prove that the defendant(s) formed an enterprise in order to engage in a pattern of racketeering activity.

Through a civil RICO lawsuit, a plaintiff can recover treble damages. In effect, this means that plaintiffs in a civil racketeering case can seek financial relief for three times the value of their actual losses. While civil RICO liability is a higher bar than a mere fraud claim, the additional damages make it a potentially powerful legal remedy.

At Pike & Lustig, LLP, we have the trustworthy legal experience that you count on for a civil RICO claim. If you have questions about civil RICO litigation, we are here to help. Call us now to arrange a review of your case. From our offices in Miami, Wellington, and West Palm Beach, we handle civil RICO claims throughout Southeastern Florida.